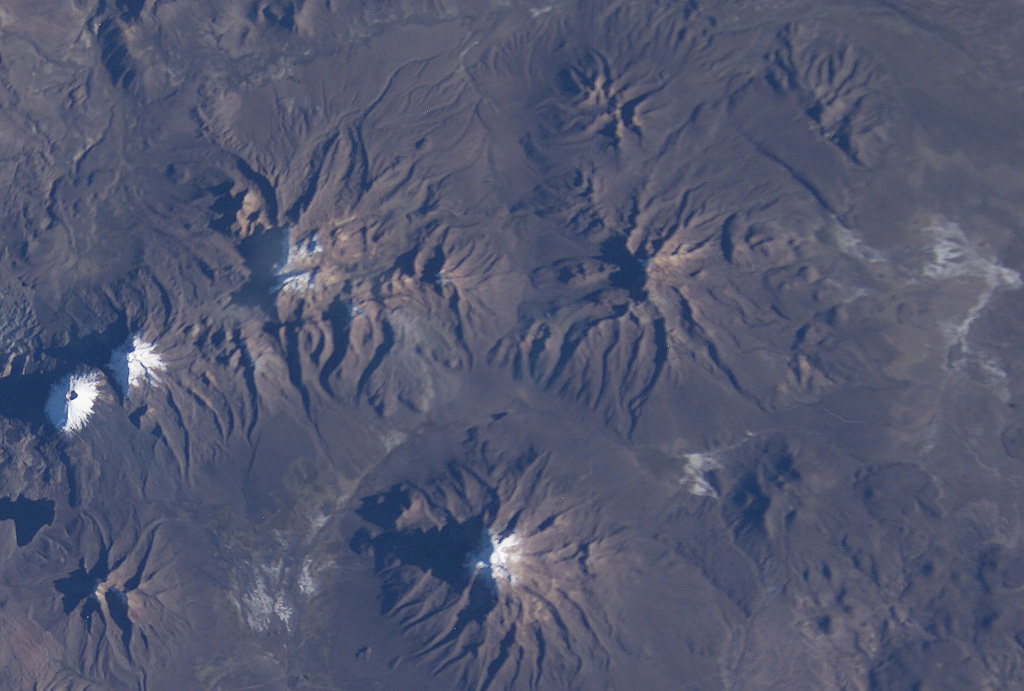 The eroded volcanic massif above and to the right of the center of this NASA International Space Station image (with north to the upper right) is the Nevado Anallajsi volcanic complex. The basaltic-to-dacitic volcano has been extensively dissected by glaciers. Younger basaltic lava flows were erupted from a north-flank vent, but the age of this activity is uncertain. The large volcano at the bottom center is Sajama volcano, also in Bolivia, and the twin snow-capped peaks at the far left-center are Pomerape and Parinacota volcanoes along the Chilean border. 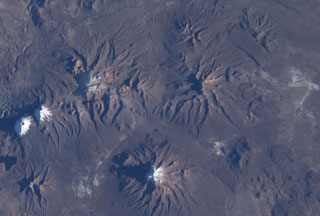