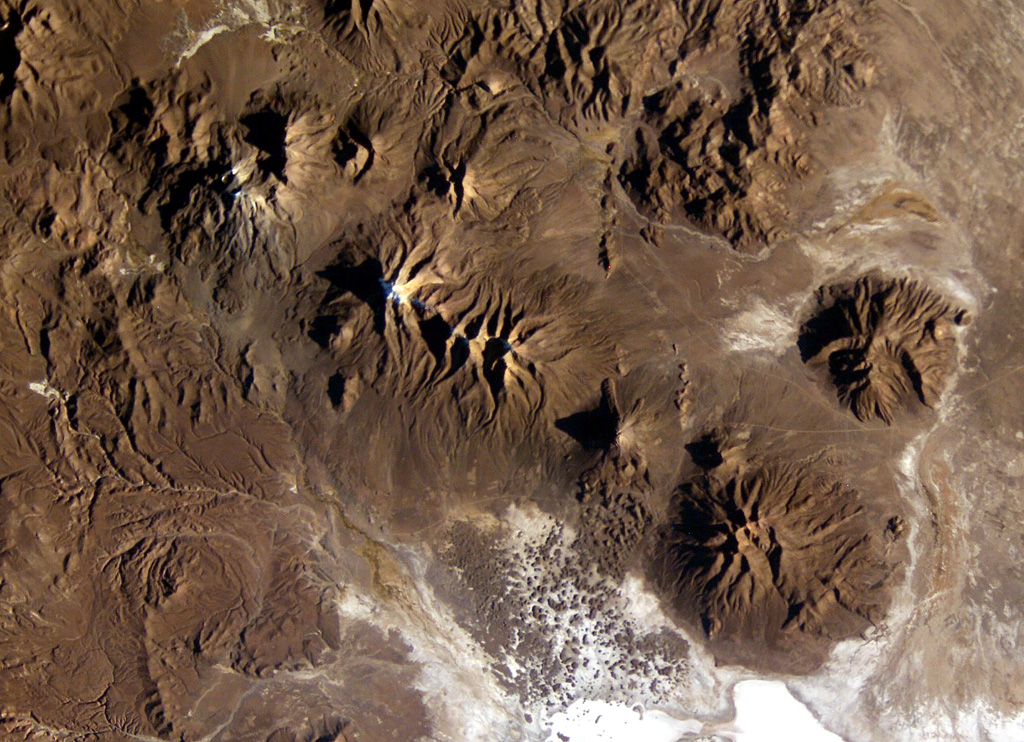 A long E-W-trending volcanic chain extends across the border between Chile and Bolivia in this NASA International Space Station image (with north to the upper right). The chain extends from historically active Isluga volcano (upper left) to eroded Saxani volcano at the lower right. The smaller volcano immediately to the west of Saxani with a sharp shadow is the steep-sided Tata Sabaya volcano. Tata Sabaya was the source of a major debris-avalanche deposit (bottom center) that forms the small dark-colored hills on the white floor of Salar de Coipasa. 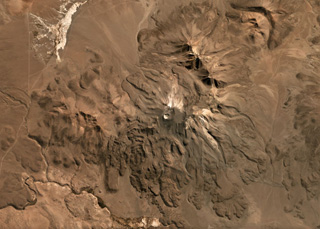 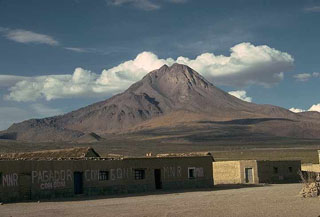