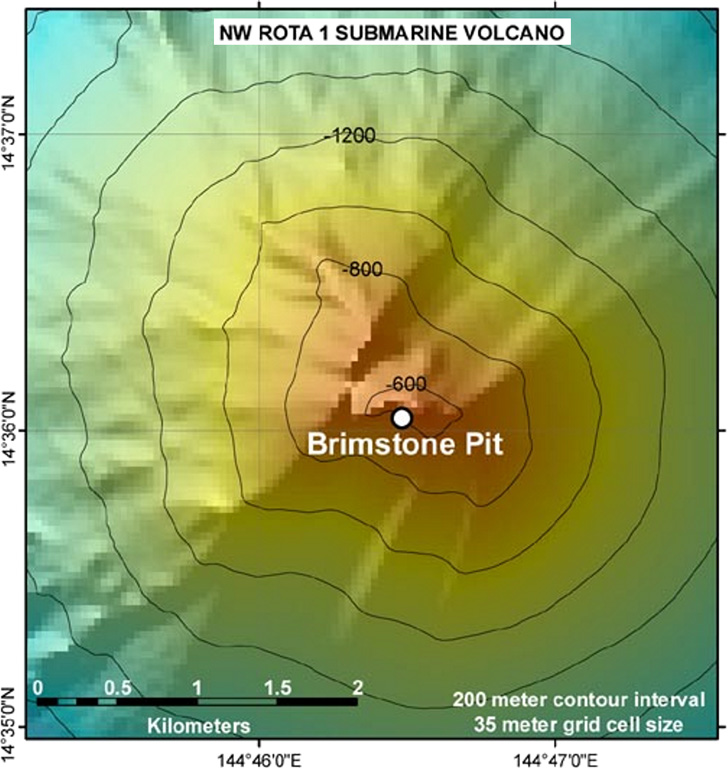 This hydrothermally active submarine volcano at the southern part of the Mariana arc was first detected during a 2003 NOAA bathymetric survey and named NW Rota 1. The seamount rises to within about 500 m of the ocean surface, about 100 km N of Guam. When the volcano was revisited in 2004 a minor eruption was occurring from the vent named Brimstone Pit. Prominent structural lineaments about a kilometer apart can be seen across the summit of the edifice and down the NE and SW flanks.