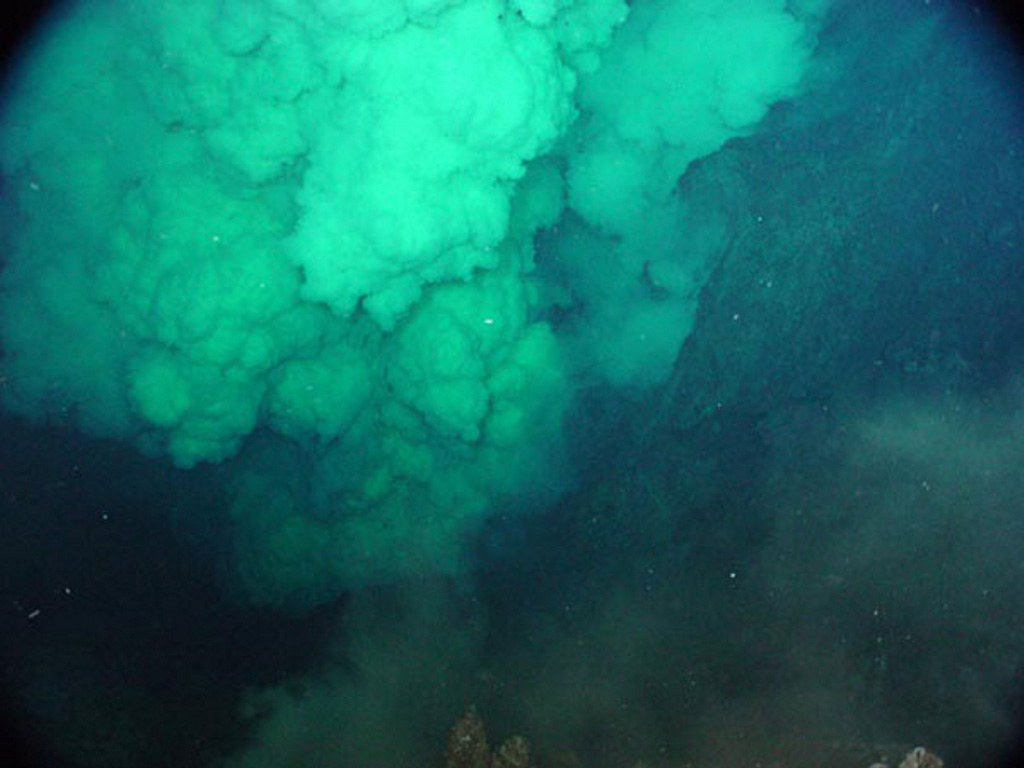 A dense, particle-laden plume rises above the NW Rota-1 Brimstone Pit vent in this 30 March 2004 photo taken from a remotely operated vehicle (ROV) during a NOAA bathymetric survey of the Mariana arc. The vent intermittently ejected a plume several hundred meters high containing ash and molten sulfur droplets that adhered to the surface of the ROV. At other times during the exploration venting slowed or ceased, allowing views of the funnel-shaped vent that was about 20 m wide and 12 m deep.