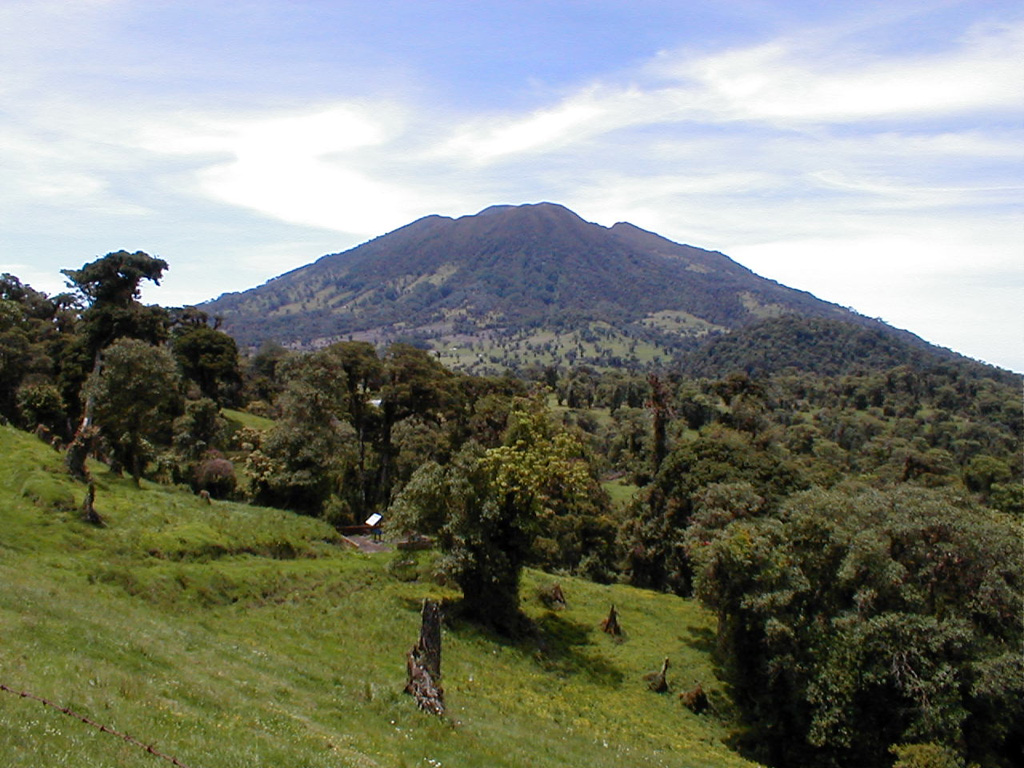 The summit of Turrialba, the easternmost in the Cordillera Central, is seen here from its SW flank. The volcano rises to 3340 m about 25 km NW of the city of the same name and is exceeded in height in Costa Rica only by its neighbor Irazú volcano. Turrialba is excentric to the main volcanic chain and lies east of its axis. The summit area is designated as Turrialba National Park, and its northern flanks are part of the extensive Cordillera Volcanica Central forest reserve.