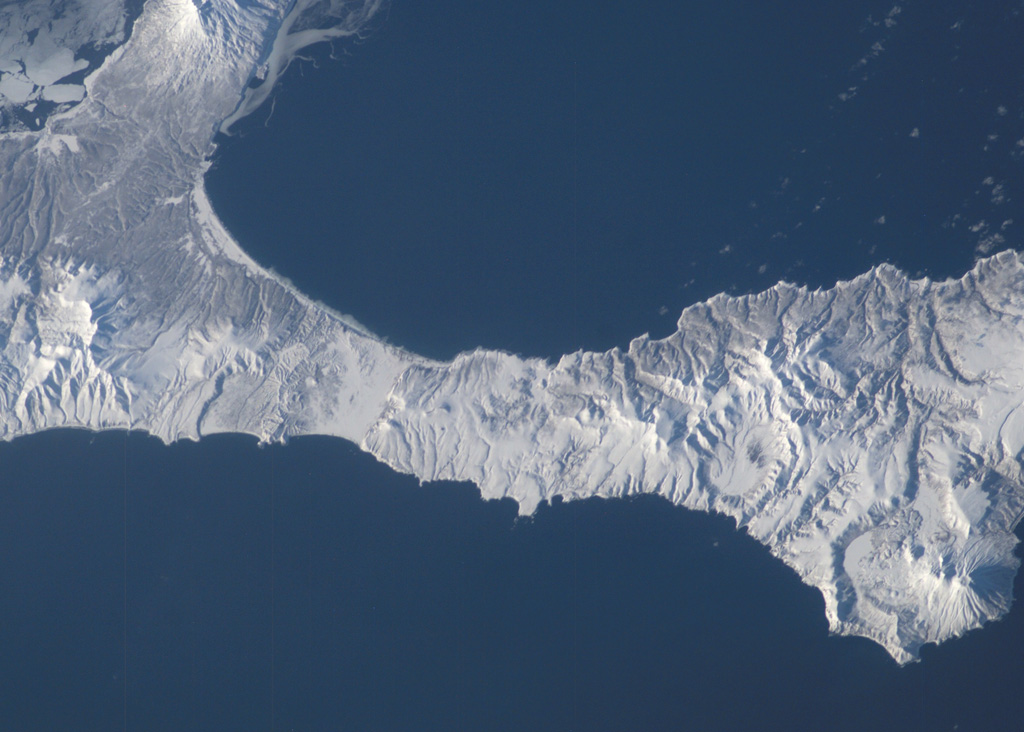 The small late Pleistocene or early Holocene cones of Golets and Tornyi are located just to the east (right) of the low-lying floor of the Vetrovoi Isthmus Caldera in northern Iturup Island. At the lower right in this NASA International Space Station image (N is to the top-right) right is Moyorodake volcano, and the Pleistocene Tsirk caldera is to the left of that. 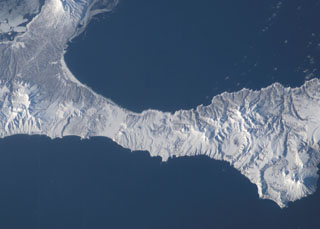