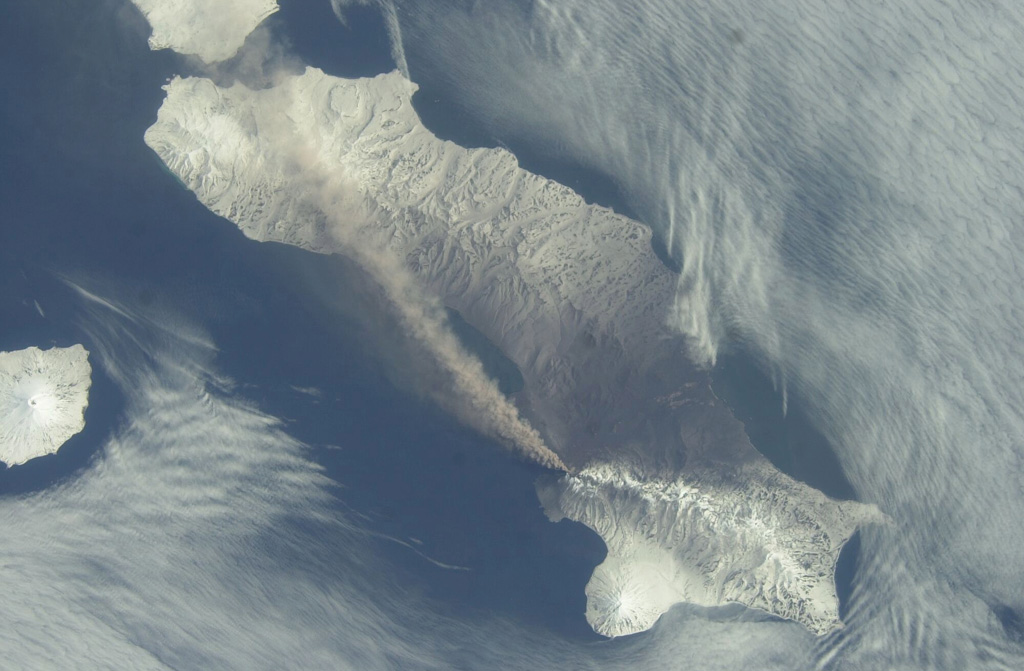 An ash plume extends across the length of Paramushir Island in the northern Kuriles on 26 April 2003 in this NASA International Space Station image (with N to the left). An explosive eruption of Chikurachki began on 18 April, producing ash plumes up to about 2 km above the crater. On 1 May ash fell on the town of Severo-Kurilsk (~60 km from the volcano), and intermittent activity continued until early July. Alaid volcano is at the far left.