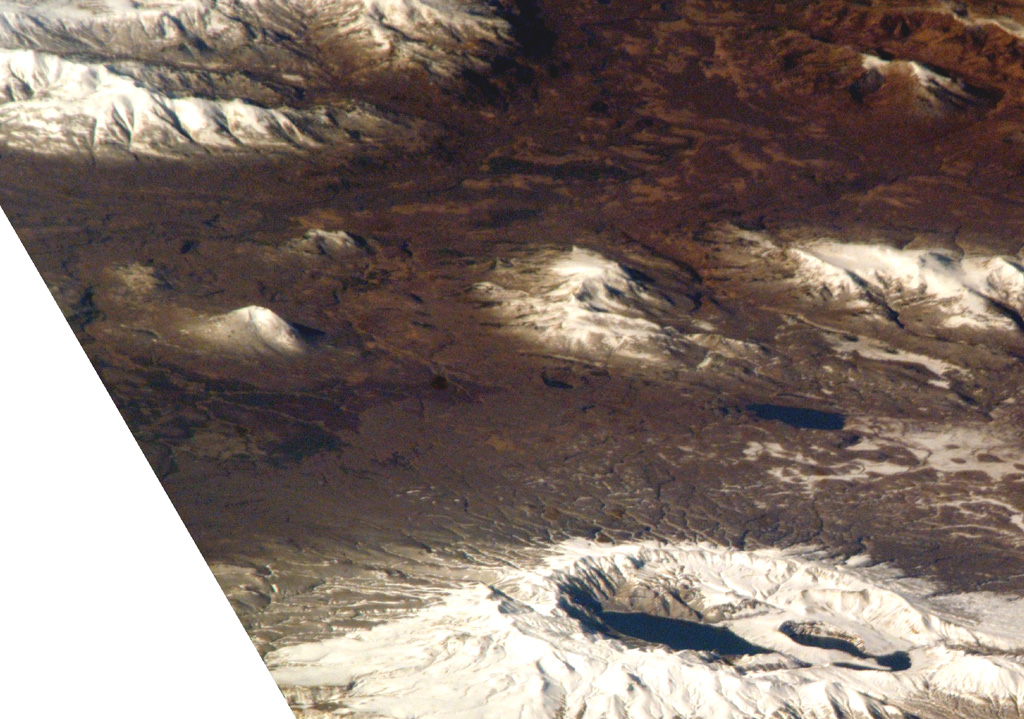 Ksudach is the volcano with multiple crater lakes at the bottom of this NASA International Space Station image (with N to the right). The smaller snow-covered cone near the left-center is the 700-m-high Holocene Belenkaya volcano. 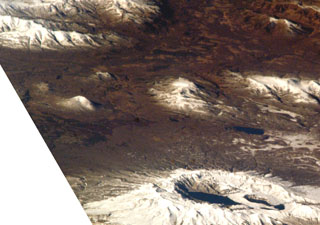