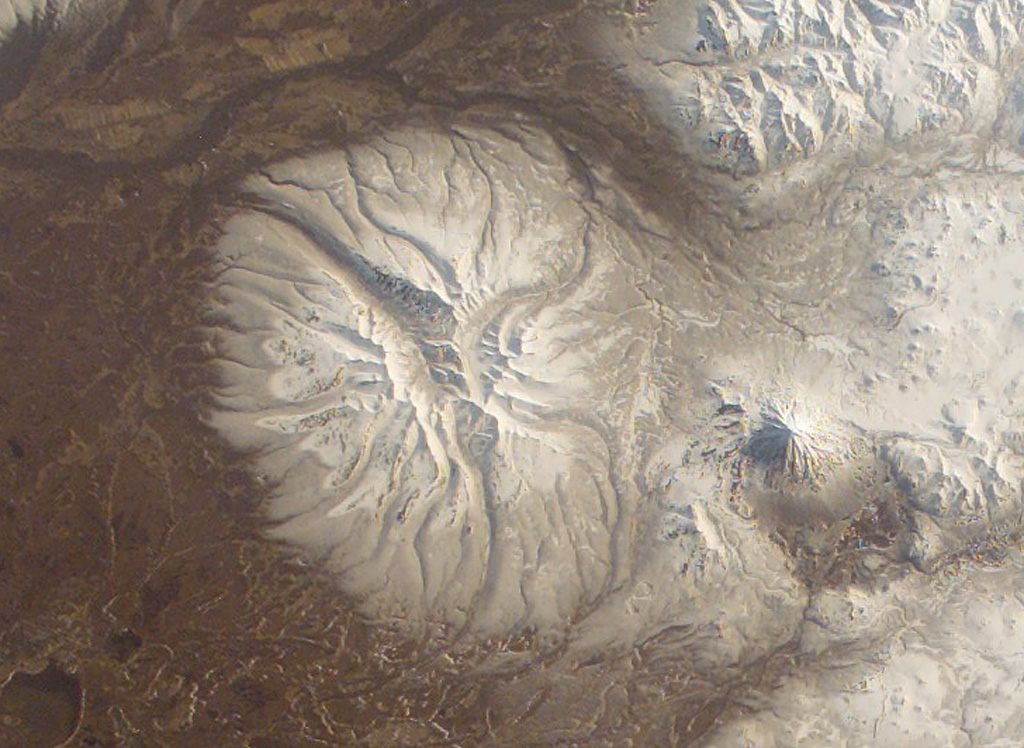 The early Pleistocene Bolshaya Ipelka volcano has been extensively eroded by glaciers and has a single unnamed Holocene scoria cone on the southern flank. The conical stratovolcano to the E (right) is Opala, which was constructed along the northern rim of a large 12 x 14 km wide caldera. 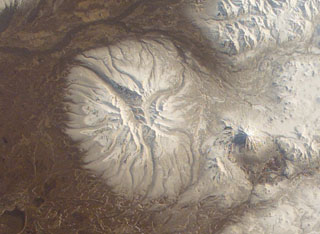 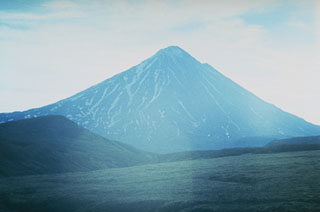