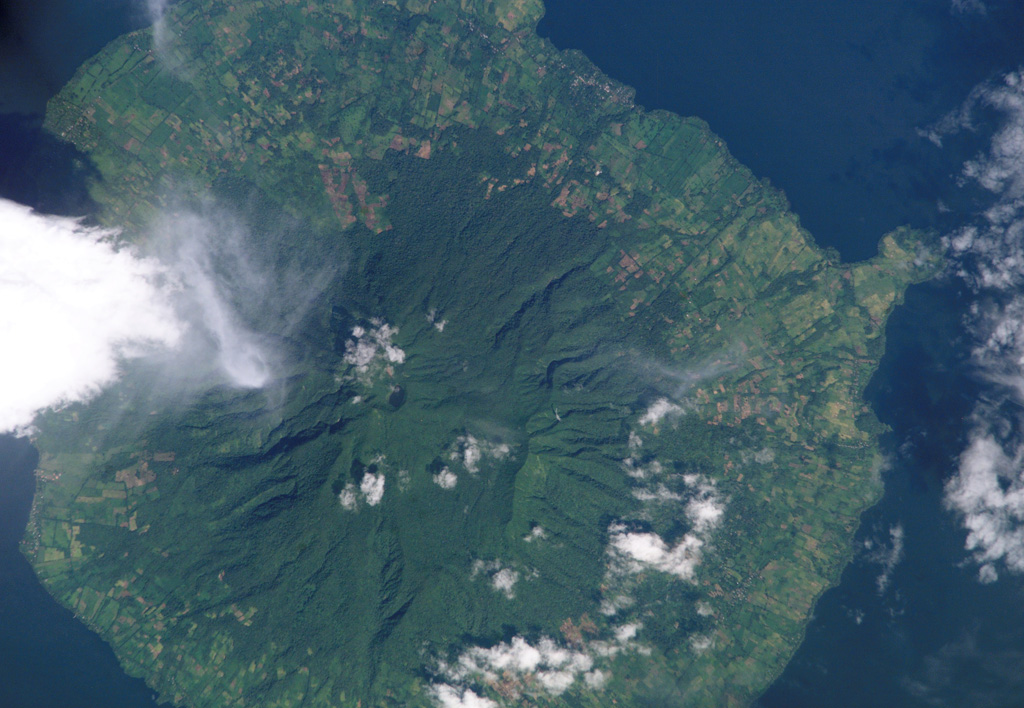 Maderas volcano, seen in this NASA International Space Station image with north to the upper right, forms the southeastern part of the dumbbell-shaped island of Ometepe. The roughly conical stratovolcano is cut by numerous faults and grabens, the largest of which is oriented NW-SE. The small Laguna de Maderas lake occupying summit crater is visible left of the center of this image. The satellitic Gorda pyroclastic cone forms the narrow peninsula at the right.