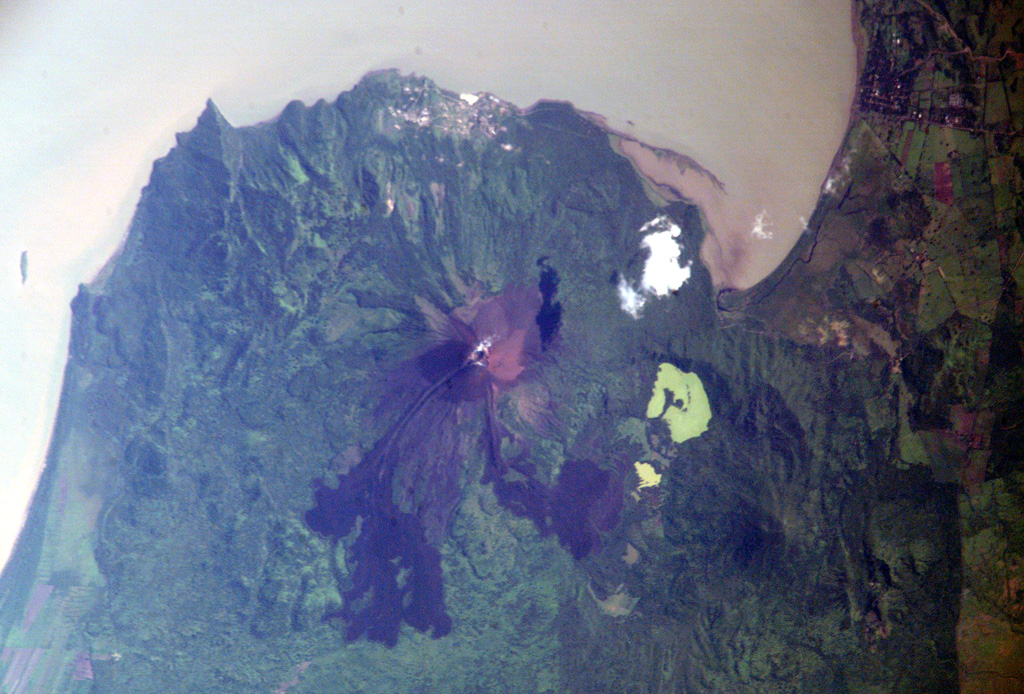 Fresh-looking, dark-colored lava flows from the 1905 eruption of Momotombo volcano are prominent in this NASA International Space Station image with north to the top. The NW-most flow cascaded into Monte Galán caldera, with the greenish Laguna Monte Galán near its southern rim. Laguna Las Piedras lies near the center of the caldera, near the toe of the NW lava flow. The light-colored developed area south of the summit along the shore of Lake Managua is the Momotombo geothermal field.