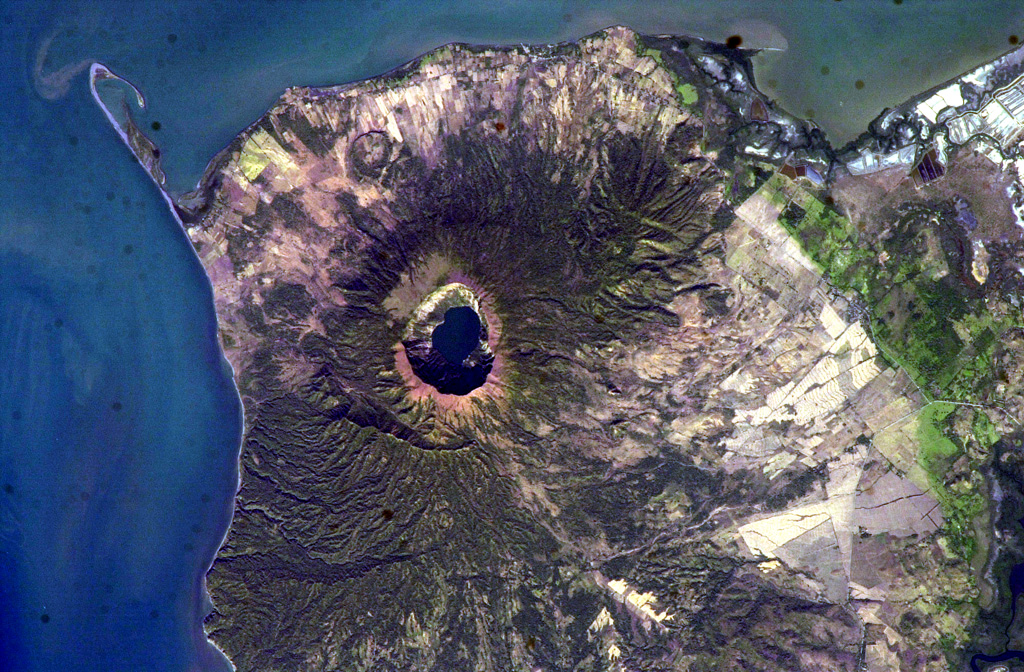 The steep-walled, lake-filled summit caldera of Cosigüina volcano is prominent in this NASA International Space Station image with north to the upper left. Bahia el Rosario lies to the right of the elongate peninsula at the upper left with Punta San Jose at its tip, and the town of Potosi is at the top center. The scarp of an older caldera rim forms Filete Cresta Montosa, the semi-arcuate ridge below the summit caldera. This scarp continues in a more subdued form to the northern side of the volcano. 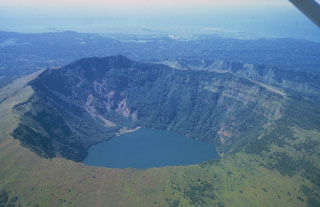