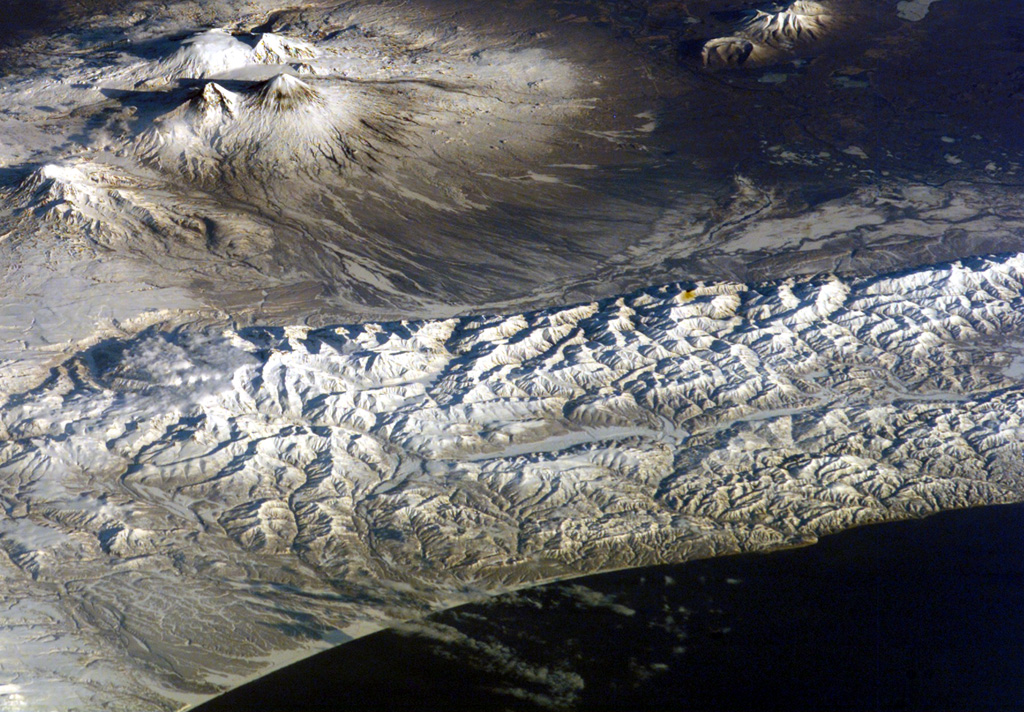 A group of isolated cinder cones lies near the Pacific Coast of Kamchatka at the lower right portion of this NASA Space Shuttle image (with north to the upper right). The age of the cones ranges from mid-Pleistocene to perhaps early Holocene. Large stratovolcanoes of the Kliuchevskoi group are visible at the upper left and include Zimina (far left), the twin sharp-topped peaks of Kamen and Kliuchevskoi, and above them the Ushkovsky massif. The two volcanoes at the upper right are Zarechny and Kharchinsky, of Pleistocene age. 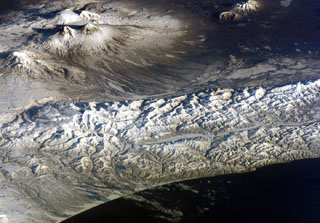