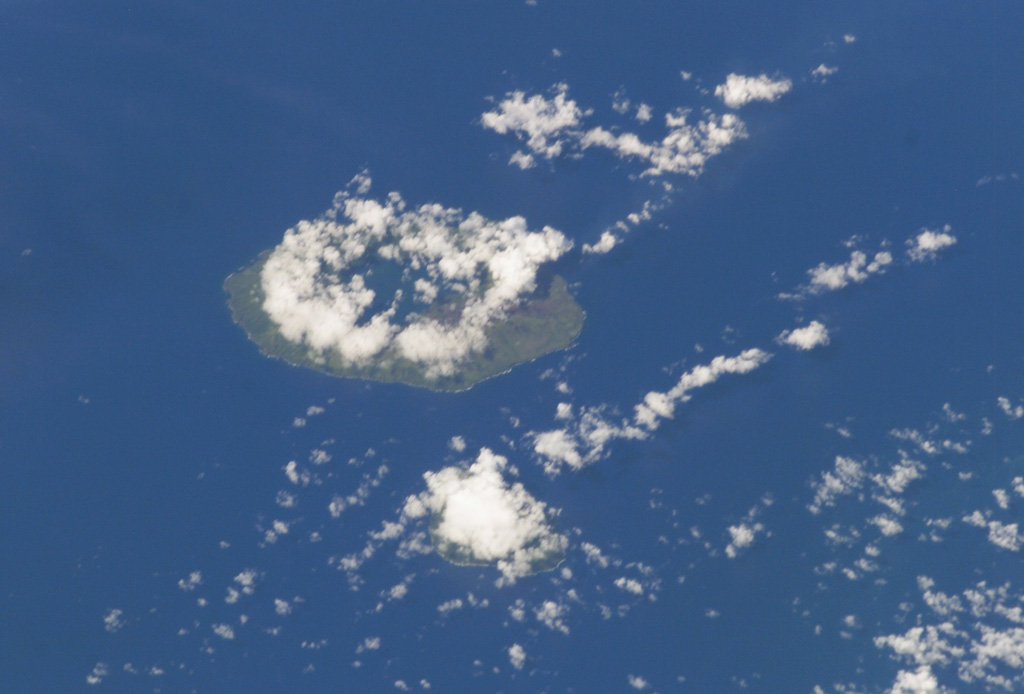 Clouds almost entirely obscure the small island of Kao (lower-center) in this NASA International Space Station image, and a circular cloud pattern rises above the caldera rim of the larger island of Tofua (left-center). No historical eruptions are known from Kao, and fresh-appearing lava flows are not seen, although the absence of sufficient time for erosion to produce deep gullies or high sea cliffs suggests a very recent origin. 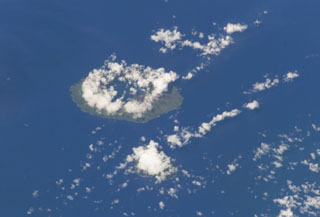