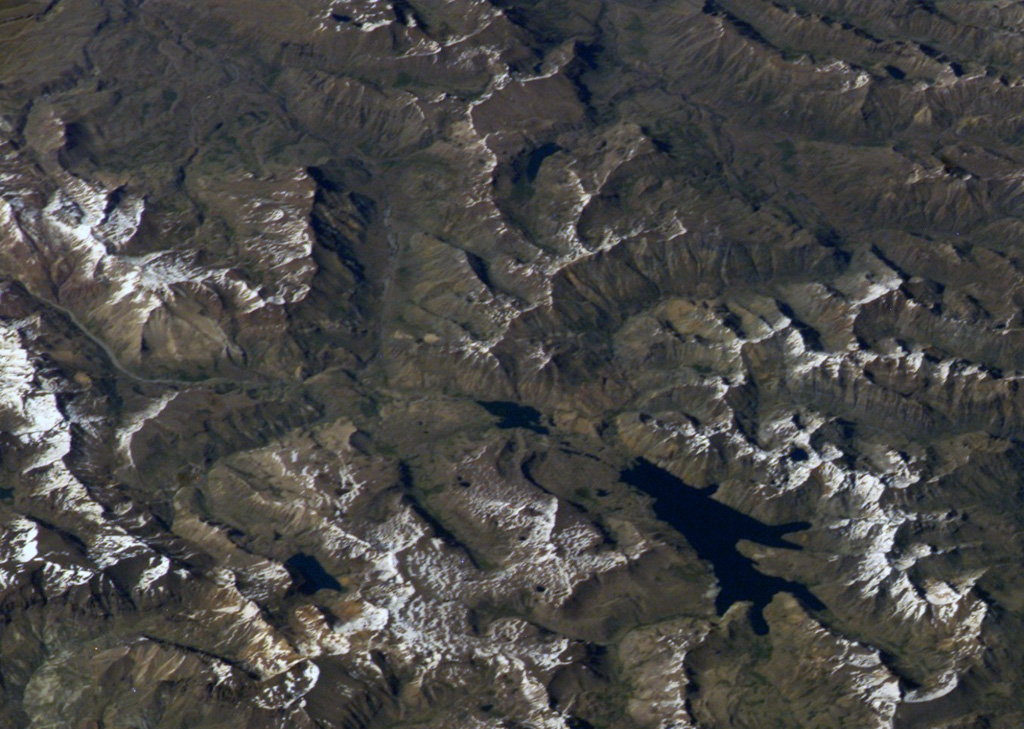 The snow-covered area at the upper left in this NASA International Space Station image (with north to the lower right) is the Volcán Domuyo volcanic complex. This 4709-m-high Argentinian volcano contains at least 14 dacitic lava domes and other eruptive centers within a 16-km-wide caldera, and at least another 5 lie outside the caldera. Elongated Laguna Valvarco at the lower right lies along the western margin of the Pleistocene Valvarco caldera. 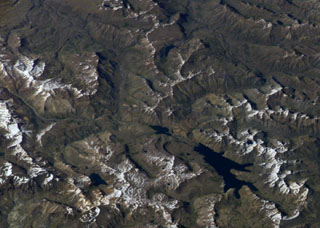