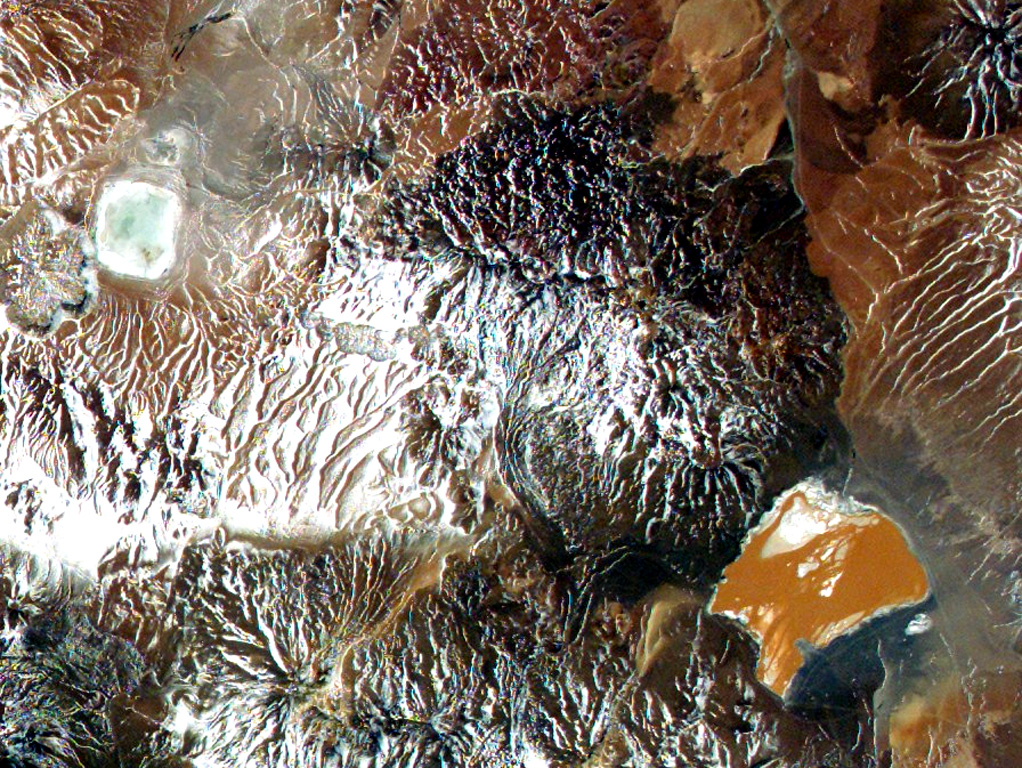 The large dark-colored area above orange-colored Laguna Colorada in this NASA International Space Station image (with north to the upper left) is Volcán de Jorcada. This elongated fissure-controlled volcanic massif contains more than 50 craters, small stratovolcanoes, and lava domes erupted along four fissures covering an area of 230 km2. Activity has migrated to the north, and the youngest fissure, on the NW side of the complex, produced a number of snow-dusted cones visible left of the center of this image. 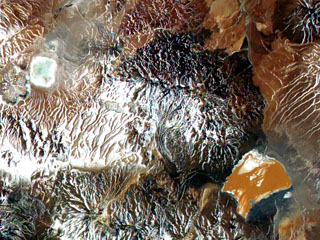