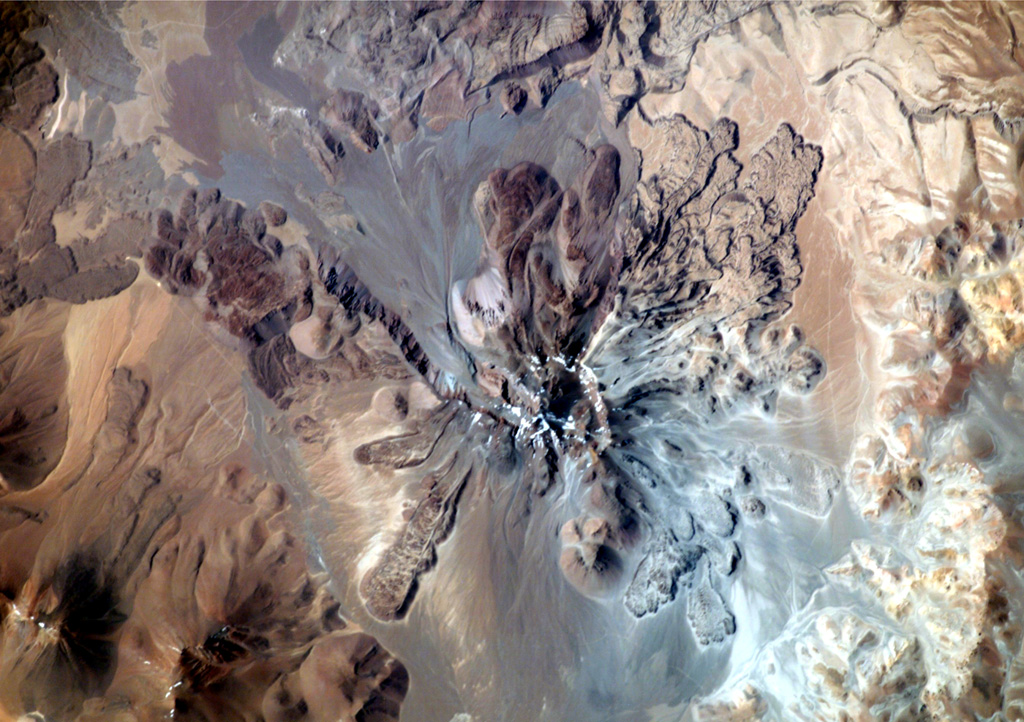 This dramatic NASA International Space Station image (with north to the upper right) is of Socompa volcano. A large horseshoe-shaped caldera breached to the NW was the source of a major debris avalanche about 7,000 years ago that extended beyond the upper left margin of the image. Young dacitic lava domes and flows partially fill the collapse amphitheater, and prominent lava flows with flow levees are visible on the outer flanks. 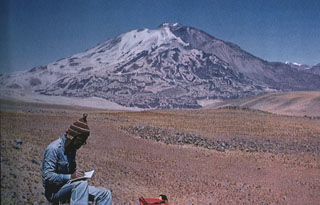