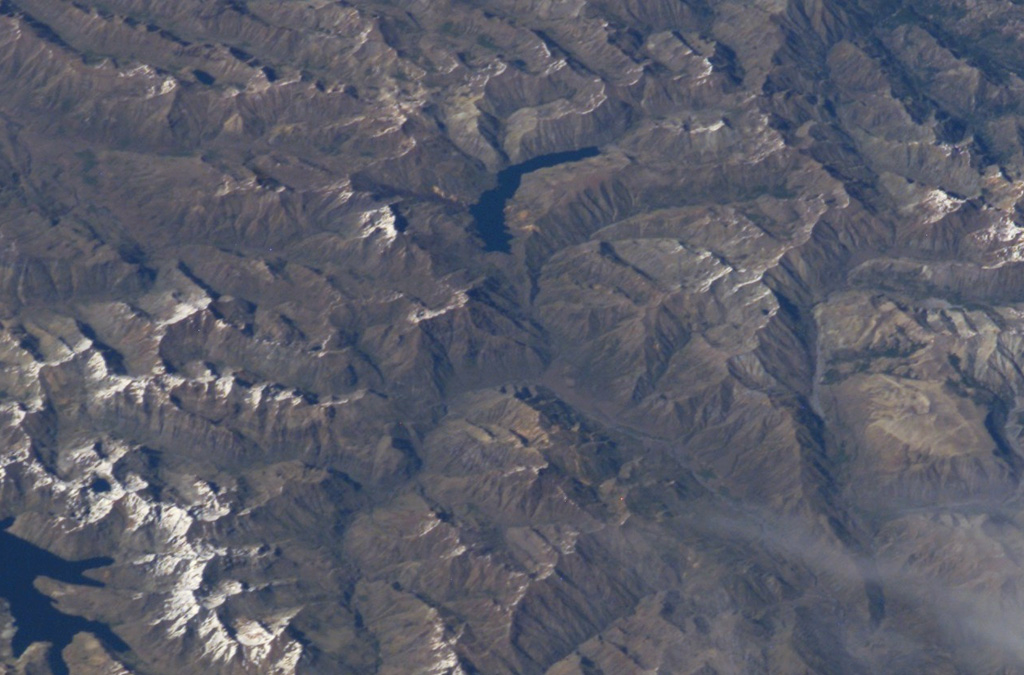 The crescent-shaped lake at the top-center of this NASA International Space Station image (with north to the bottom right) is Laguna del Dial. A cinder cone named Volcán Resago, on the SE side of the lake, produced a basaltic-andesite lava flow that traveled about 3 km to the WNW into Laguna Dial. The youthful cone may have been formed during an undocumented eruption during historical time. The lake at the lower left is Laguna Valvarco. 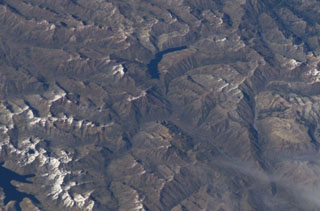