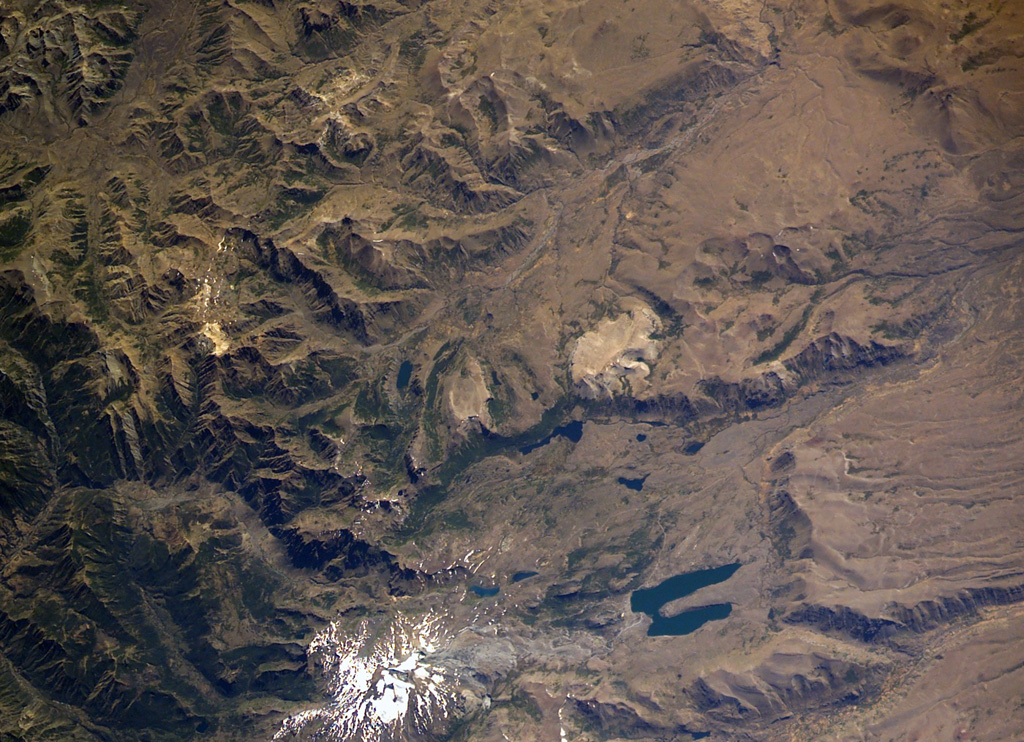 The small snow-free crater at the upper right, above and to the right of the light-colored area just right of the center of this NASA International Space Station image (with north to the upper left) is Trocon volcano. Trocon lies in Argentina NE of the Caldera del Agrio (lower right), whose floor contains several lakes, including the U-shaped one at lower right near the SE caldera wall. Trocon is a lava-dome complex with two summit craters and a pyroclastic cone. Snow-covered Callaqui volcano (bottom left-center) overlies the western rim of Caldera del Agrio. 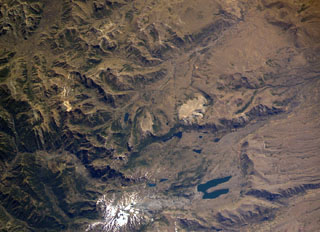