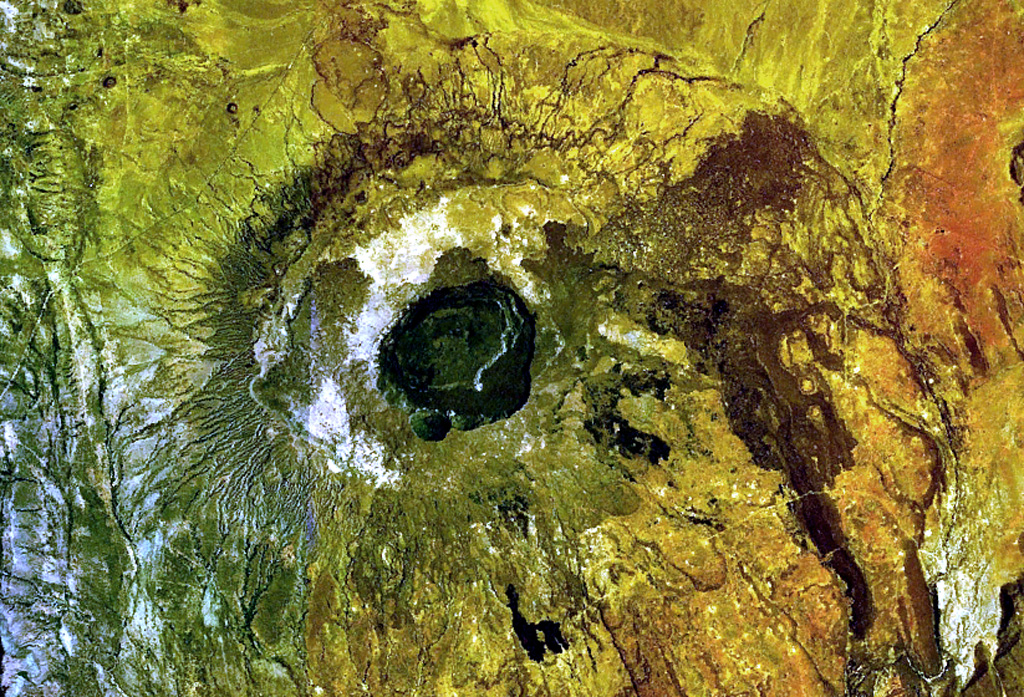 The central caldera of Suswa, the southernmost caldera of the Kenya rift, contains a 5-km-wide caldera. Construction of an early shield volcano was followed by eruption of voluminous pyroclastic flows and lava flows that accompanied formation of the caldera. The latest eruptions have originated from vents that have issued still-unvegetated lava flows that may be only a century or so old. N is to the top in this NASA Landsat image. 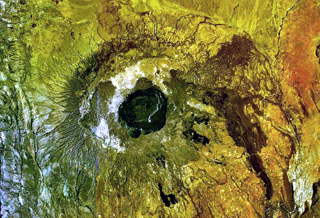