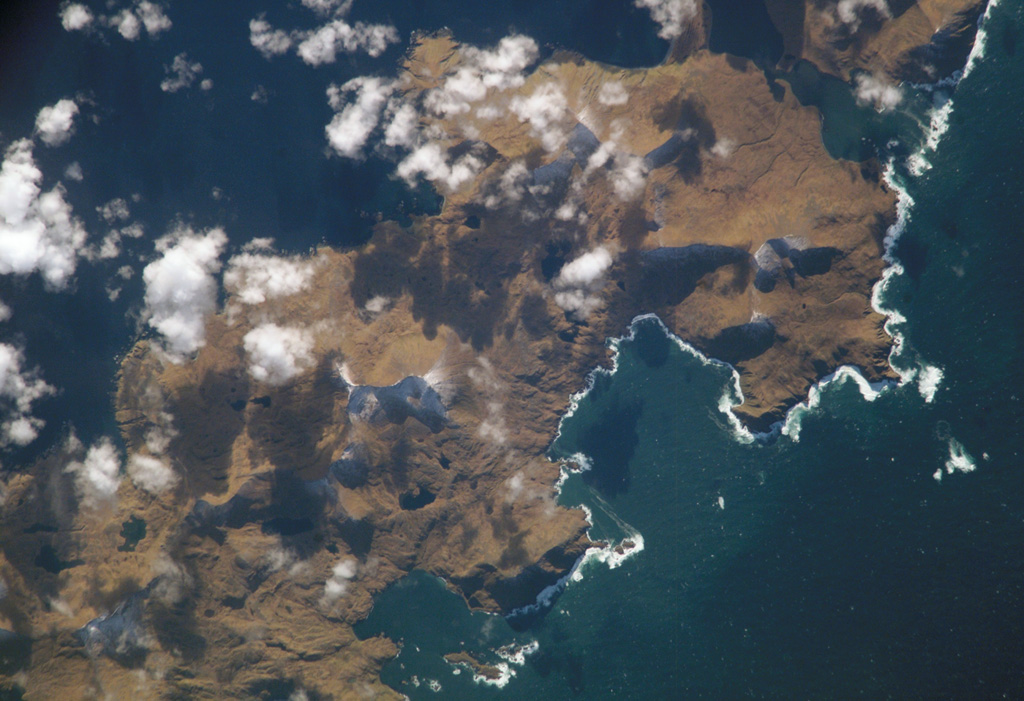 Sergief volcano on SW Atka Island lies below and to the left of the center of this NASA International Space Station image (with north to the lower right). The SW part of the Atka Island is older and less topographically rugged than the NE part of the island, and the age of this small stratovolcano is not precisely known. The large embayment at the right-center is Podsopochni Bay. Portage Lagoon and Sergief Bay at the upper right almost bisect the island. 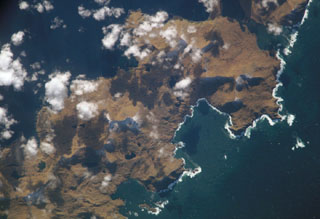