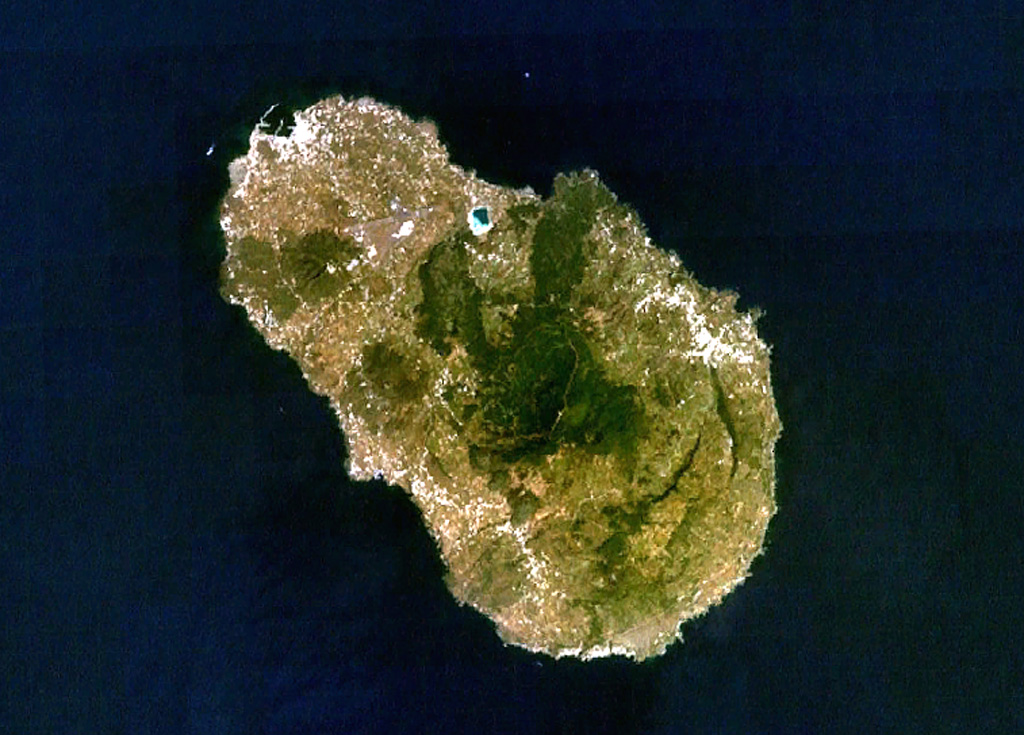 The 15-km-long island of Pantelleria is constructed above a drowned continental rift in the Strait of Sicily. Part of the mostly buried arcuate rims of two large Pleistocene calderas are seen in this NASA Landsat image (with N to the top). The SE rims of the calderas form the two dark-colored lines at the lower right part of the island, below and to the right of the forested Monte Grande and Monte Gibele volcanoes. Monte Gibele, with its circular summit crater, was constructed in the southern part of the younger Cinque Denti caldera. 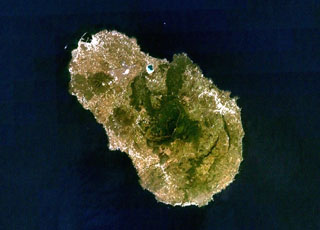