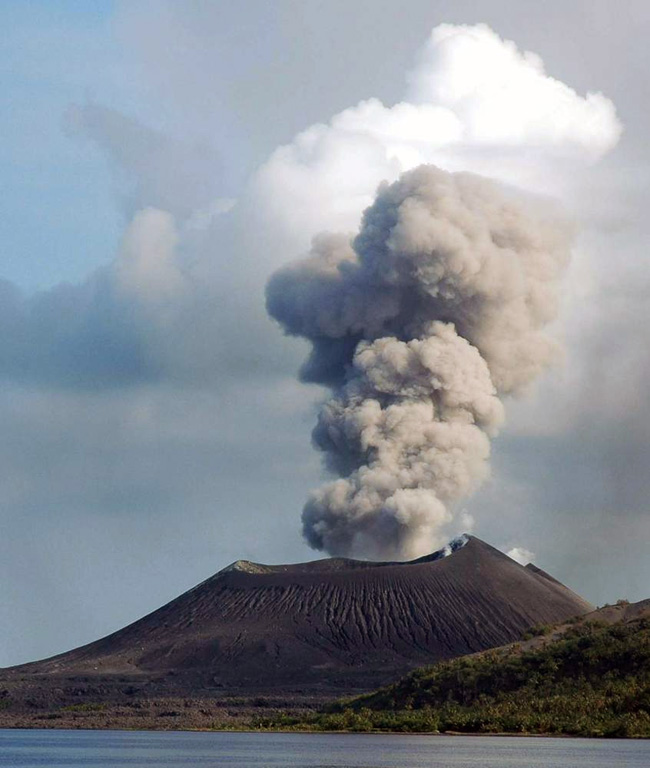 An ash plume rises above Tavurvur volcano at the eastern end of the island of New Britain in Papua New Guinea on 5 June 2005, seen from the SE. Explosive activity had resumed at Tavurvur on 25 January 2005 and continued intermittently until November of that year, occasionally depositing ash on the town of Rabaul. Incandescent ejecta was periodically observed at night time.