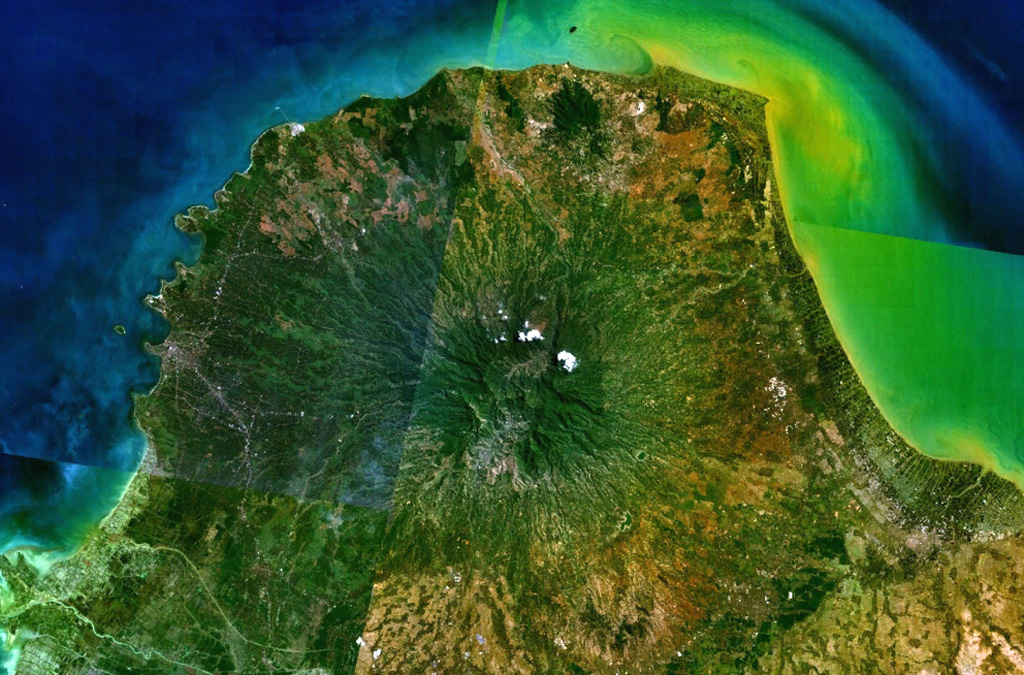 Muria volcano forms the broad Muria Peninsula along the northern coast of central Java in this NASA Landsat mosaic (N is to the top). This volcano lies well north of the main volcanic chain in Java. It is largely Pleistocene in age and has deeply eroded flanks. The summit contains several large N-S-trending craters, some containing lava domes. The most recent eruptive activity at Muria produced three maars on the SE and NE flanks and a lava flow from a SE-flank vent that entered one of the maars. 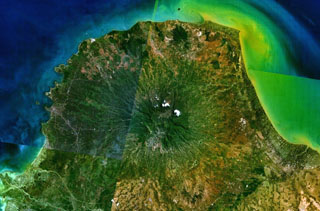