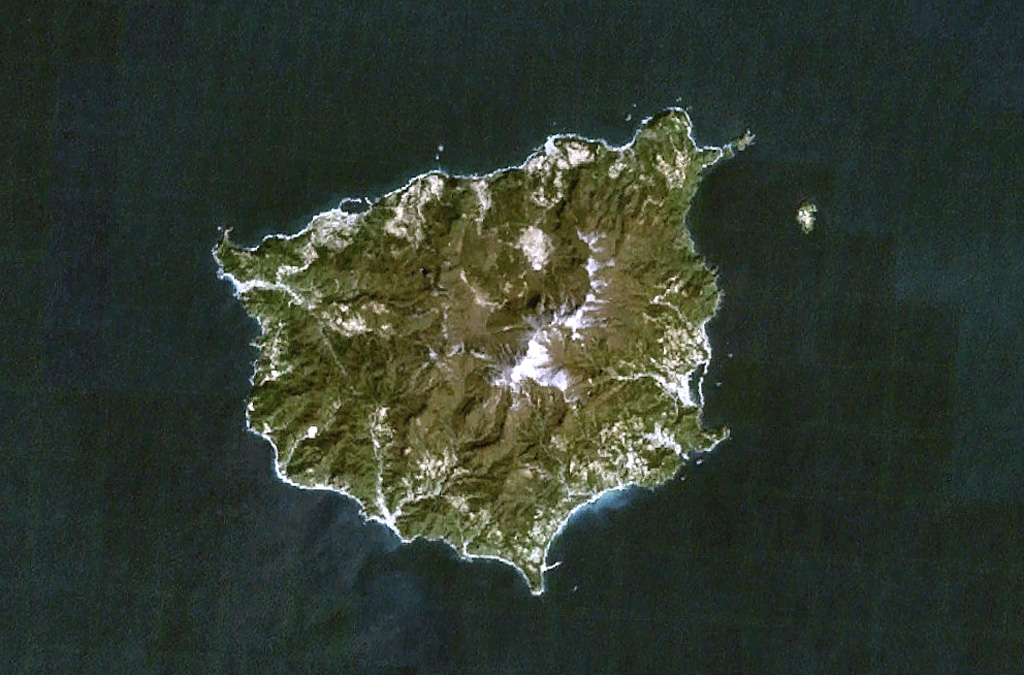 Ulreung stratovolcano forms a small 10-km-wide island about 100 km E of the central Korean Peninsula. The island, seen in this NASA Landsat image (with north to the top) is a tourist destination from the Korean mainland. Ulreung was the site of a major explosive eruption at the beginning of the Holocene that produced pyroclastic flows and deposited ash in central Honshu. 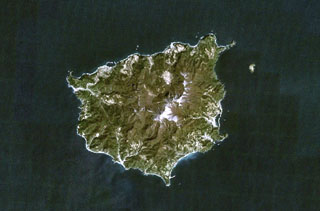