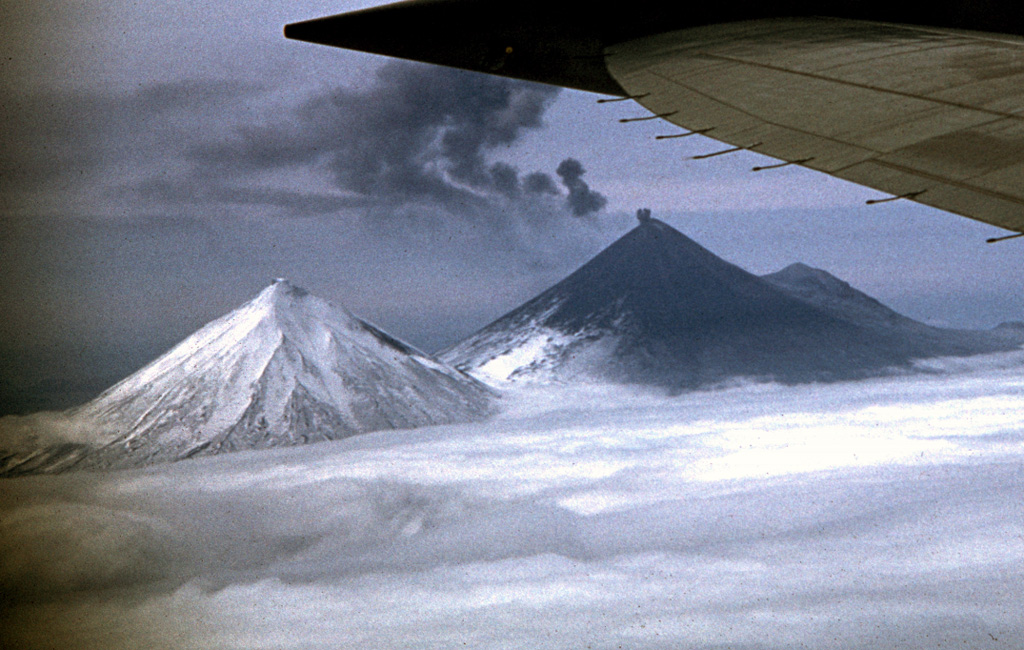 A small ash plume rises from the summit crater of Pavlof volcano on 28 May 1960 as the detached plume from an earlier explosion drifts away to the east. Ash deposits are visible on the flanks in this view from the north. Mild ash eruptions took place from about 1960 to 1963, especially during July 1962 to June 1963. The peak to the left is Pavlof Sister, and Little Pavlof forms the smaller peak to the right of Pavlof.