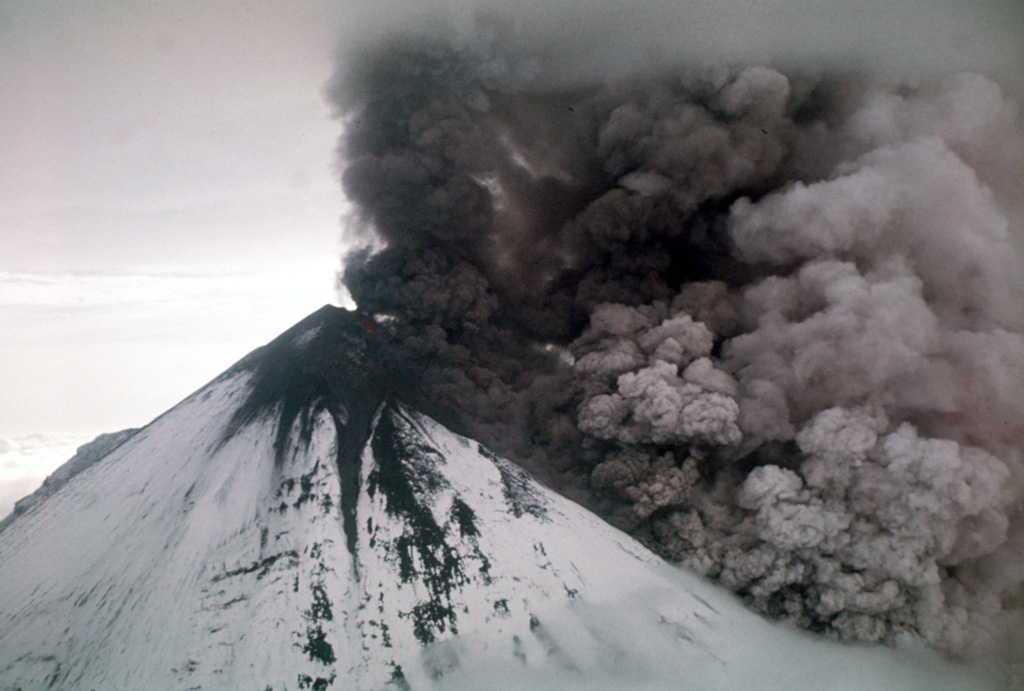 An ash plume rises above the surface of a pyroclastic flow descending the flanks of Pavlof on the Alaska Peninsula in 1975. Incandescent lava can be seen on the upper cone. Intermittent phreatomagmatic to magmatic eruptions began 13 September 1975 and continued until at least March 1977. Possible lava flows or lahars were reported in October 1975 and December 1976.