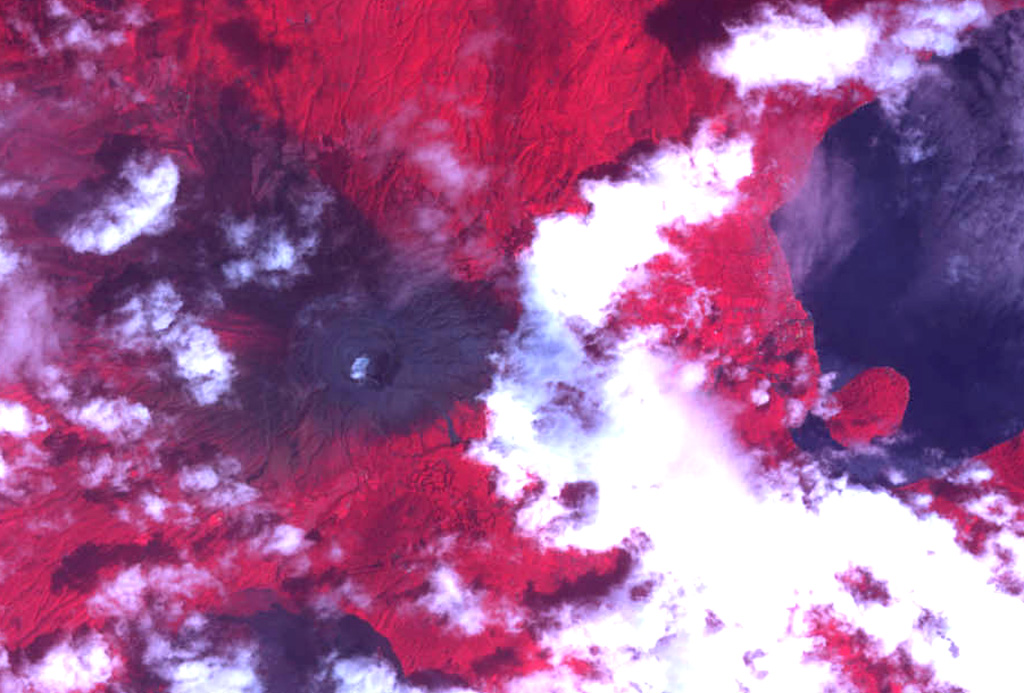 The summit crater complex of Santa Ana volcano with its small crater lake is visible left of center in this NASA ASTER image (with north to the top) taken on October 10, 2005, following an explosive eruption on October 1. In this false-color image dark ashfall deposits cover otherwise reddish vegetation around the summit of the volcano and extend down its upper eastern flank. The eruption occurred just prior to heavy rainfall accompanying Hurricane Stan, and lahars swept the flanks of the volcano. The large lake at the right is Coatepeque caldera.