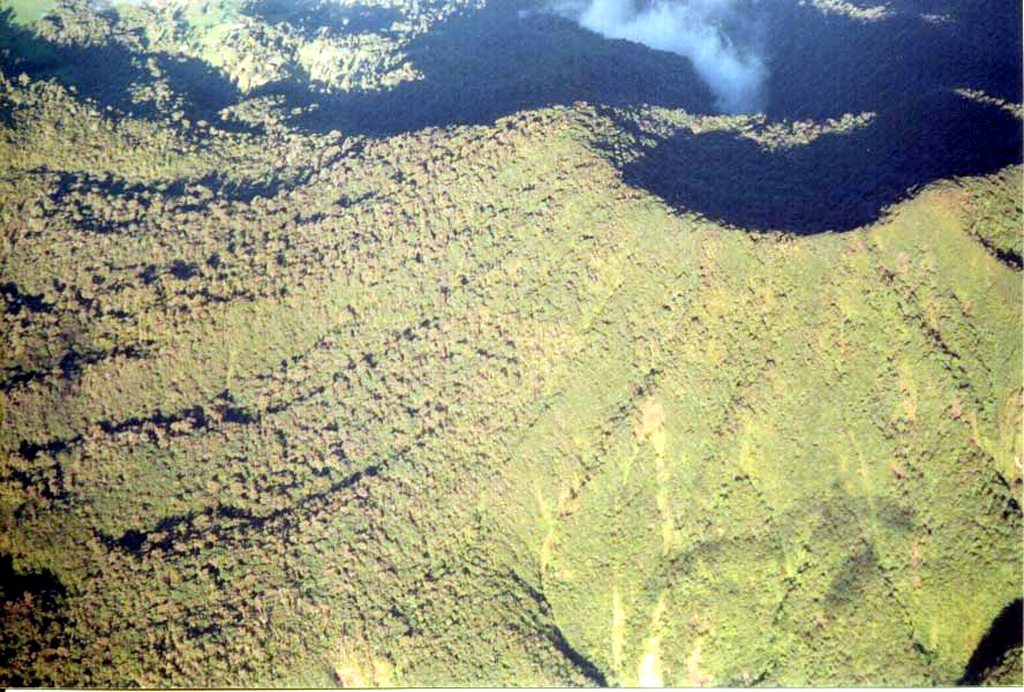 The summit crater of 2183-m-high Platanar volcano lies in the shadow at the upper right in this aerial view from the south. Prehistorical lava flows are found on the western flank of Platanar. The forested slopes of Platanar and Porvenir volcano to the south are habitat to abundant wildlife, including jaguars, foxes, pacas, and red- and white-faced monkeys, as well as exotic bird species and tropical snakes. Tropical trees abound, including the cabbage palm, from which a local delicacy, the heart of palm, is extracted.