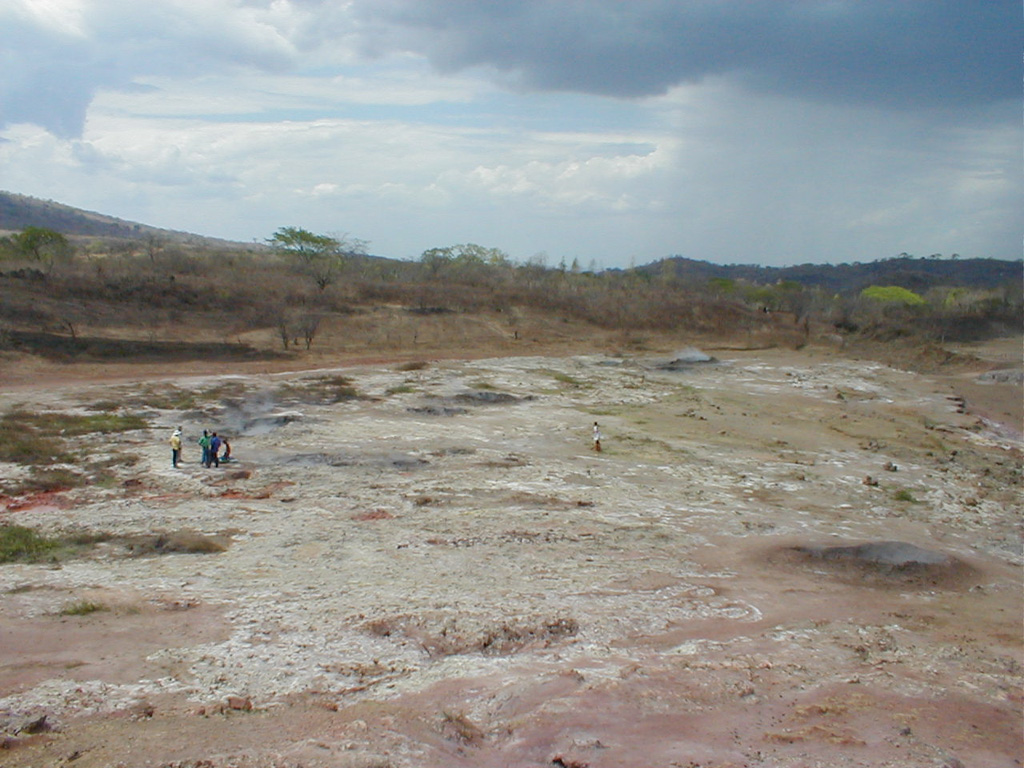 Mudpots and fumaroles mark the San Jacinto - Tizate geothermal area on the NE side of the Telica volcanic complex, the first geothermal power facility in Nicaragua to be fully developed by the private sector. Feasibility studies suggest possible power generation of 173-240 MW. Inauguration and reliability testing of the first 10 MW of power generation began in June 2005.