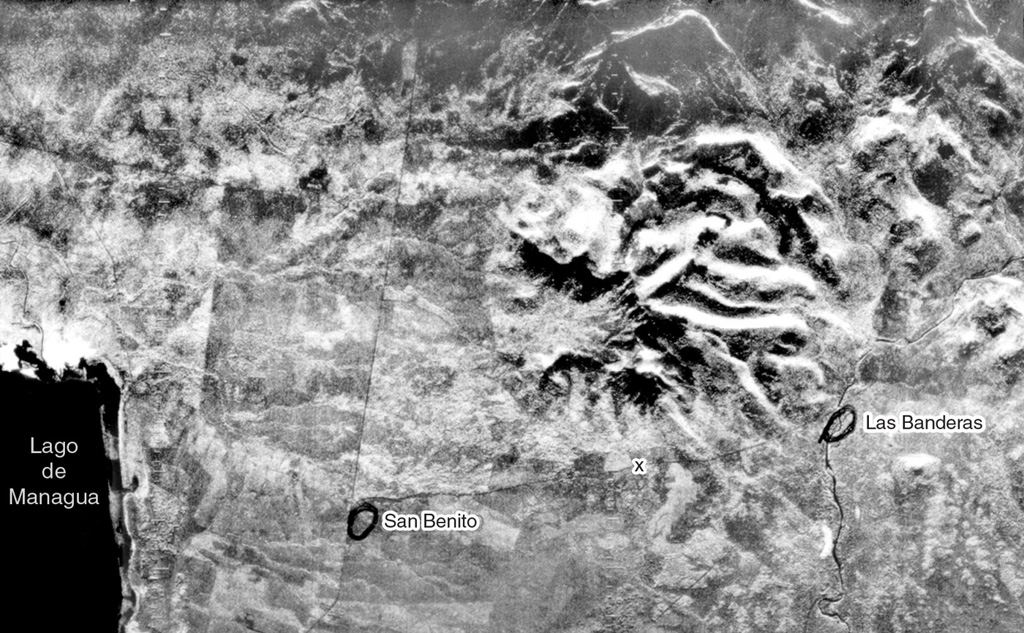 Cerro San Jacinto, a stratovolcano constructed along the eastern margin of the Nicaraguan central graben east of Lake Managua (lower left), is seen at the center of this radar image. A large central depression at San Jacinto (also known as San Jacinto Viejo) is widely breached to the west. Lava flows and pyroclastic beds within the walls of the depression dip away from its center. The towns of San Benito and Las Banderas are circled. 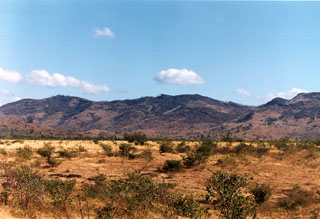