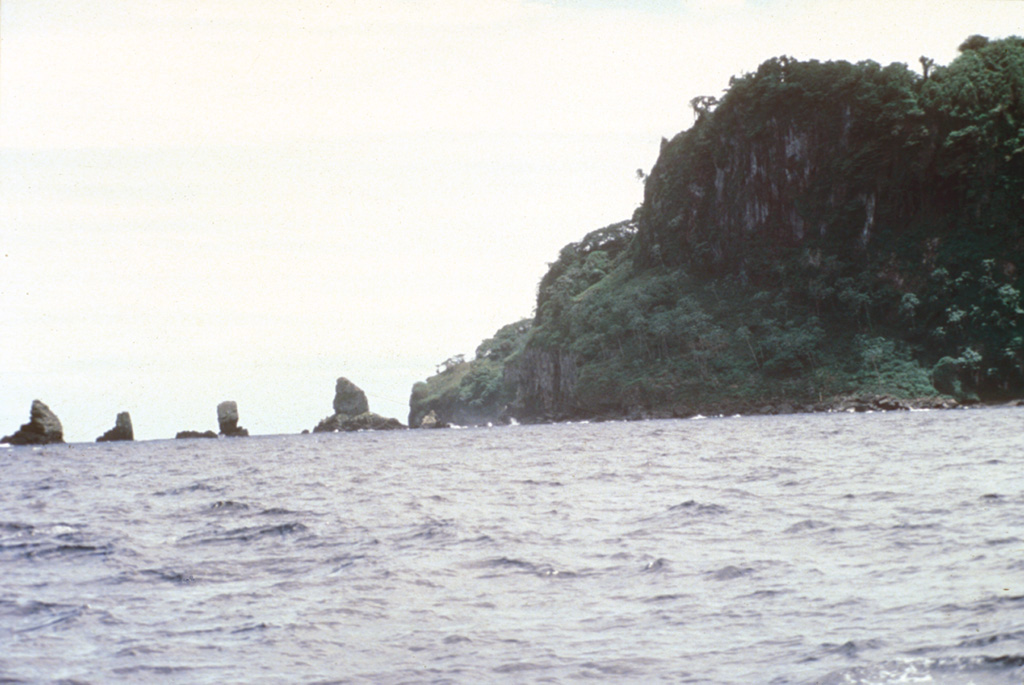 Erosional remnants of the widespread pyroclastic rock unit at the NW corner of Cocos Island form small offshore islets. Pyroclastic rock units are thickest at the NE side of the island, south of the large trachytic lava dome between Bahia Wafer and Bahia Chathan, but are also exposed along the NW, SW, and southern coasts, and in the SW and eastern interior of the island. 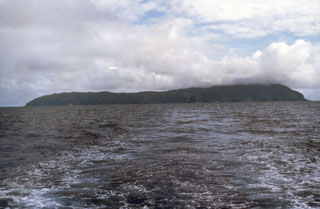