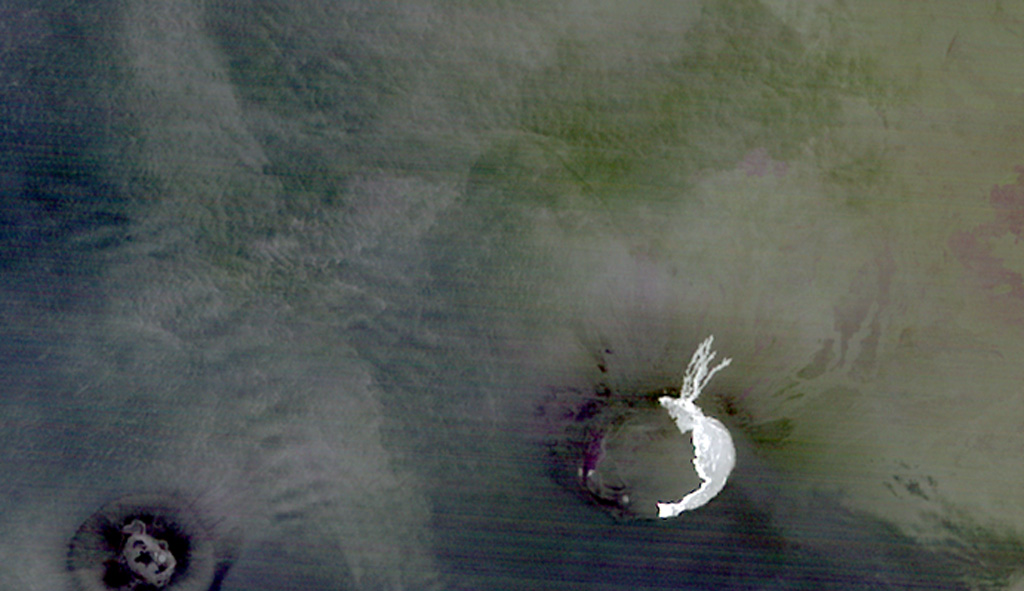 The light-colored area at the lower right in this false color ASTER infrared image shows the extent of lava flows from the October 2005 eruption of Sierra Negra volcano. The image, taken at night on November 2, about 3 days after the eruption ended, shows thin lava flows that descended the north flank and the lunate zone of ponded lavas on the eastern-to-southern caldera floor deflected by caldera wall. Neighboring Cerro Azul volcano on SW Isabela Island is visible at the lower left.