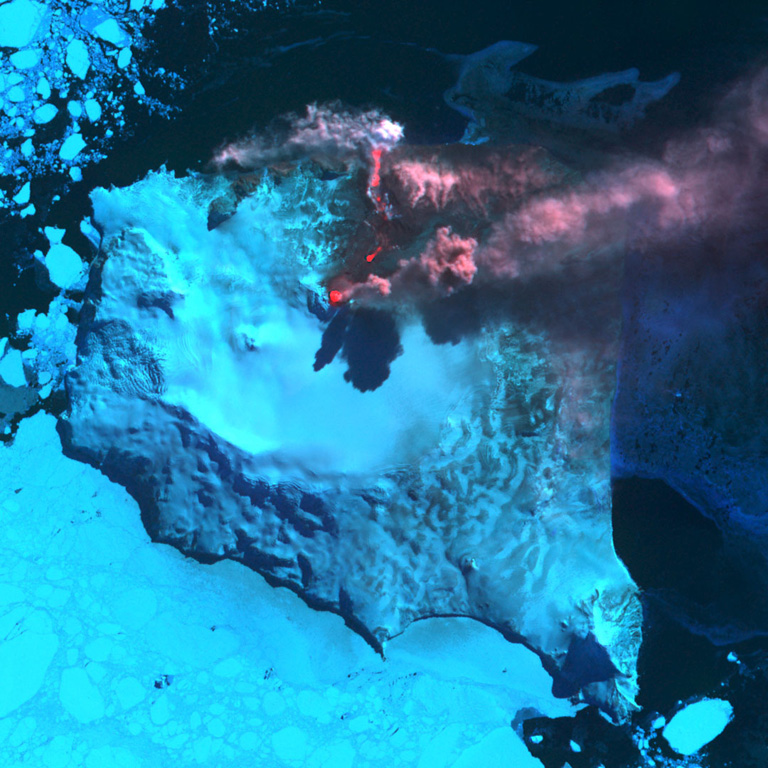 An ASTER satellite infrared image shows Montagu Island's Mount Belinda in eruption on 23 September 2005. A reddish dot (center) marks a thermal anomaly representing an active lava lake at the summit vent. An ash plume rising above the cone casts a shadow on the glacier and is blown eastward by prevailing winds. An active lava flow extends northeast of the vent, before turning to the north and entering the sea on the north coast of the island. Steam clouds are visible where the flow reaches the sea. The eruption was first detected using thermal anomalies detected by satellite instruments in October 2001. Sea ice partially surrounds the island.