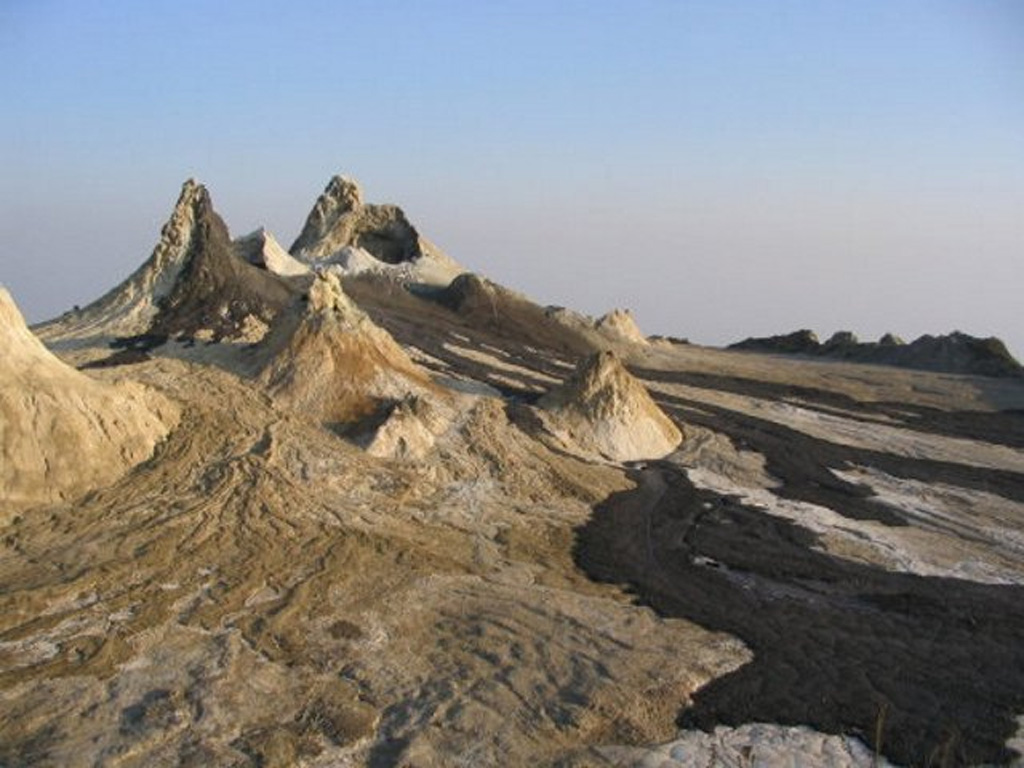 These fresh, dark-colored lava flows in the summit crater of Ol Doinyo Lengai volcano in Tanzania were erupted on 21 July 2004 from the spatter cone (about 12 m high) at the upper left, as well as other vents. The chemistry of these carbonatite lava flows causes rapid alteration of the flows, which can give them a light-colored surface within a few days of eruption. Frequent eruptions of small-volume lava flows in the summit crater began in 1983 and gradually filled the previously deep crater.