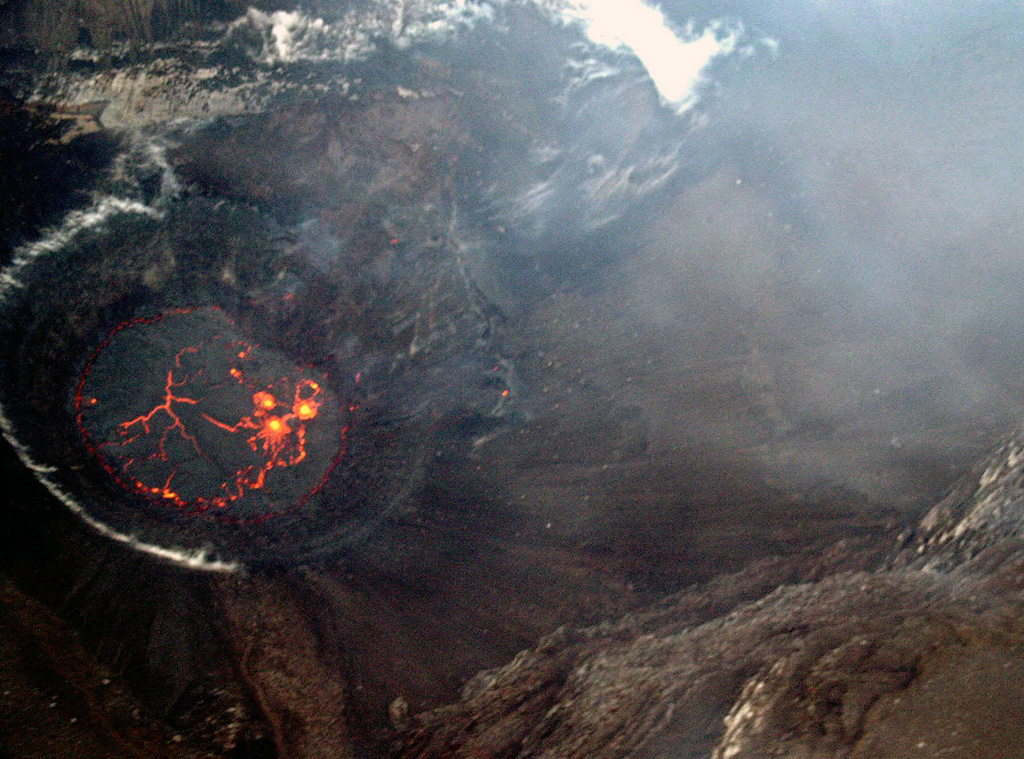 On 18 April 2005 a lava lake formed in the Chahalé crater, previously occupied by a crater lake. In this aerial photo, taken from the N on the morning of the 18th, considerable portions of the lava lake's surface still remained molten and incandescent. The lake's surface only remained molten only for a few hours, and by the next day its chilled surface emitted only gas plumes.