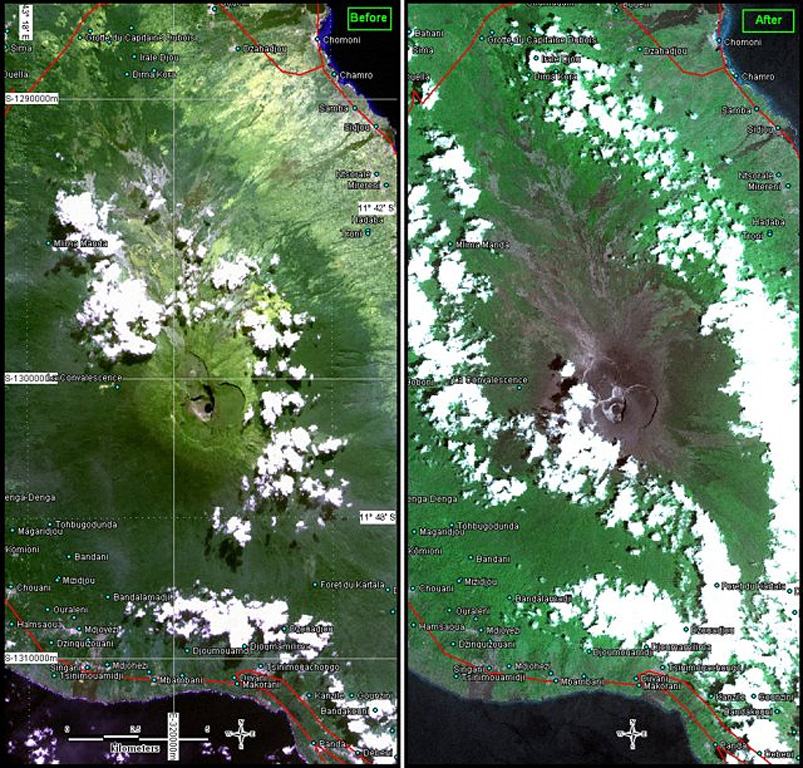 Karthala is seen in two images (10-m resolution) at nearly the same scales. The left image was acquired before the 2005 eruptions by SPOT4 on 13 July 2004. The right image is from after the 24 November 2005 eruption, taken by SPOT5 on 5 December 2005. Both images are partly masked by clouds. The right-hand photo shows ashfall deposits from the April and November eruptions blanketing the summit caldera and upper flanks.