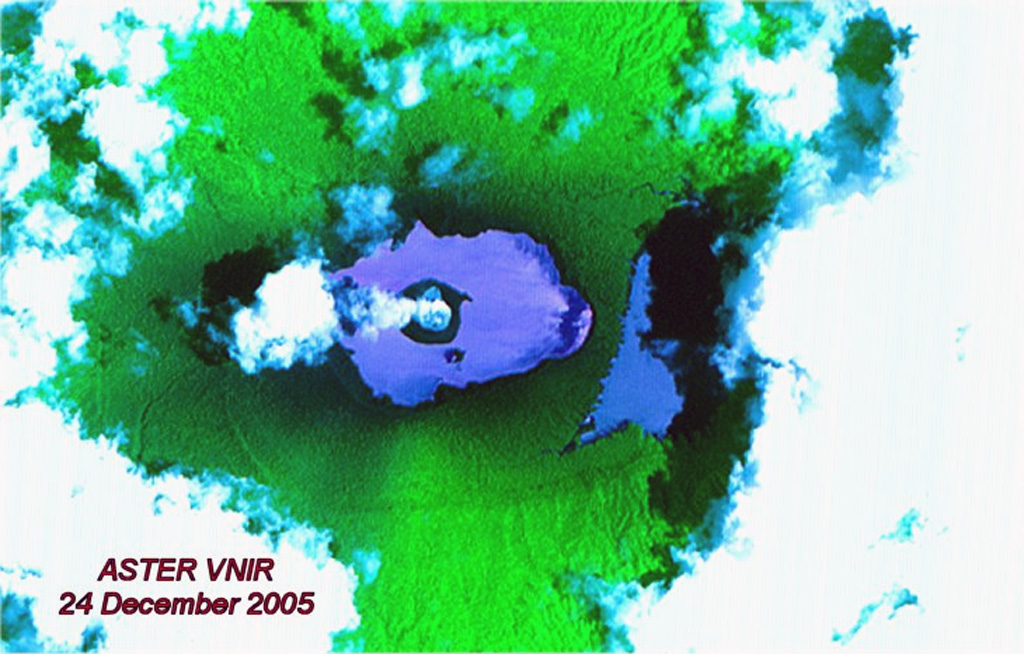 An ASTER false-color satellite image of Ambae taken on 24 December 2005 shows a plume from Lake Voui above a new island that formed during an eruption that began on 27 November. The eruption built the new island with its own crater lake near the center of Lake Voui; this island has a mean diameter at this time of 525 m. Lake Manaro Lakua at the right sits within the eastern end of the caldera and is partly obscured by cloud and shadow.