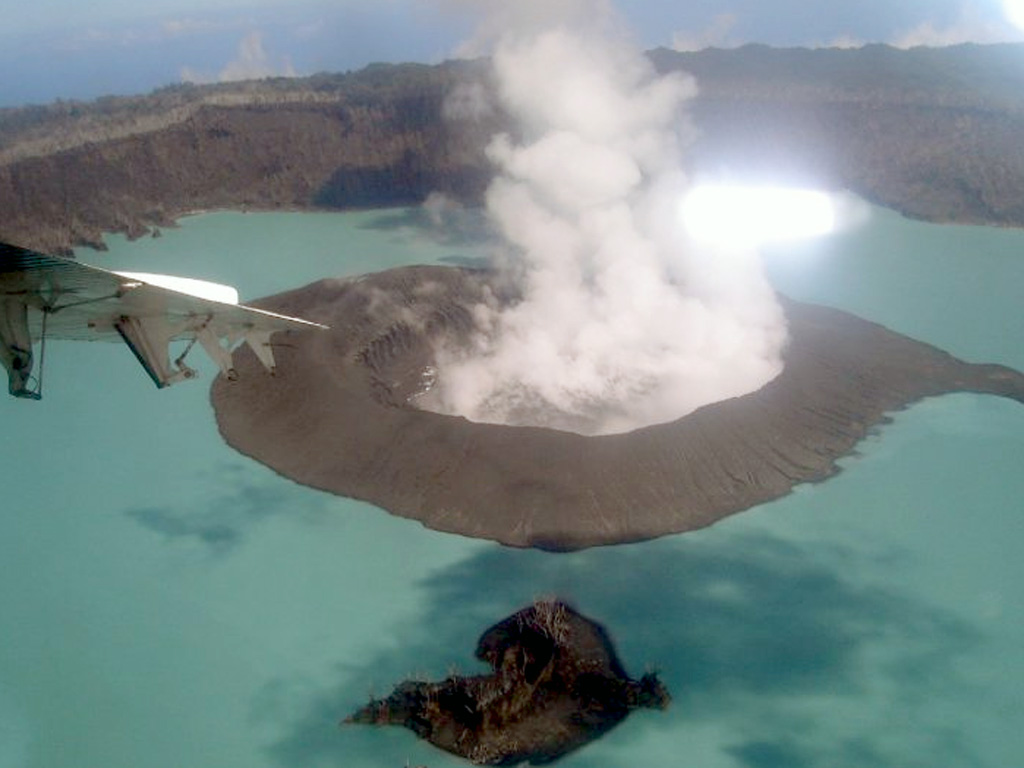 A plume rises from a crater lake inside the new island formed during an eruption at Ambae beginning on 27 November 2005. This 9 January 2006 view looks toward the N. The new island was more than 500 m wide at this time and contained an internal lake.