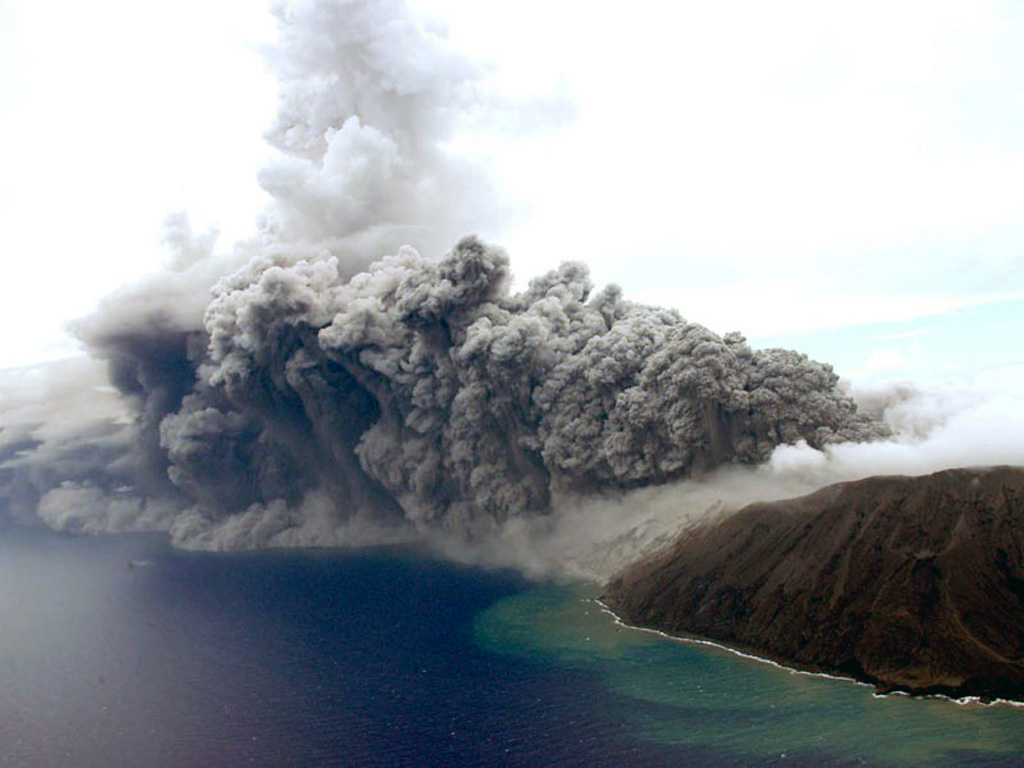 An ash plume rises from a vent at the E crater (far right) of Anatahan as seen from a helicopter looking NW on 24 August 2005. Eruptive activity had begun in 2004, when a new lava dome was seen on 12 April, along with fresh ejecta at the bottom of the crater. Intermittent explosive activity occurred throughout the year. In 2005 the 2003 crater floor was almost entirely covered by fresh lava out to a diameter of ~1 km. Explosive eruptions in April, June, and July 2005 produced ash plumes to as high as 15 km.