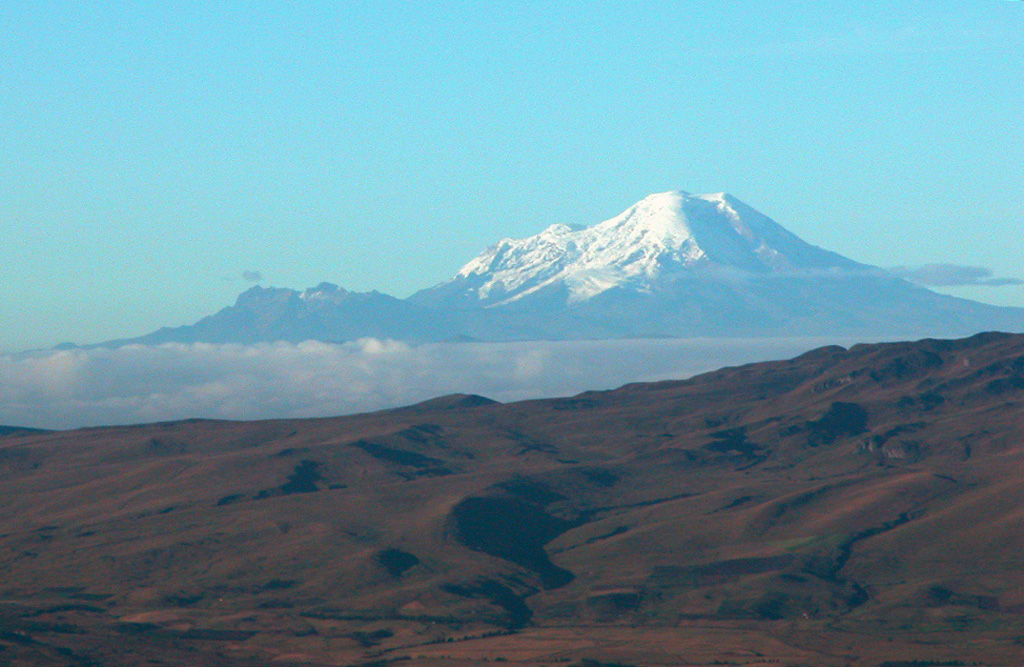 Glacier-clad, 6310-m-high Chimborazo is Ecuador's highest volcano. It is seen here from the NE with Carihuairazo volcano forming the lower, mostly snow-free peak to the left. The youngest and westernmost of three edifices constructed along an E-W line forms the current summit of Chimborazo. Although activity was once thought to have ceased during the very latest Pleistocene, recent work indicates that Chimborazo erupted several times during the Holocene. 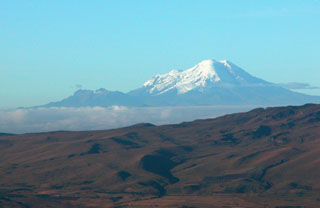