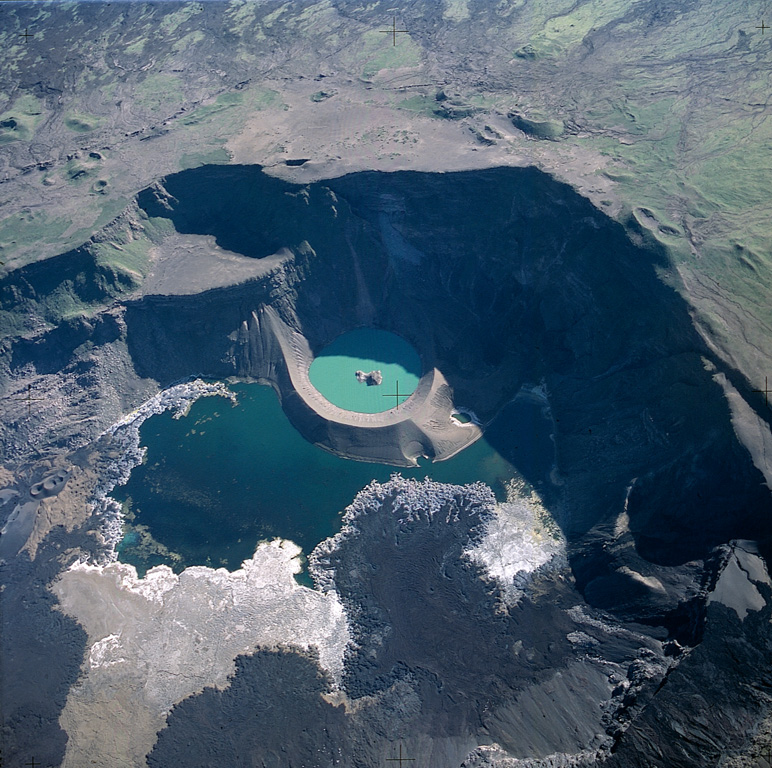 A near vertical aerial photo shows the caldera of Cerro Azul with north to the lower left. The lava flow extending into the caldera lake from the bottom of the image was erupted in September 1998. Lava flows were erupted in September and October 1998 from vents on the south caldera bench and west caldera floor. Another vent from a radial fissure at 630-680 m elevation on the SE flank produced a lava flow that reached to within about 2 km of the ocean.