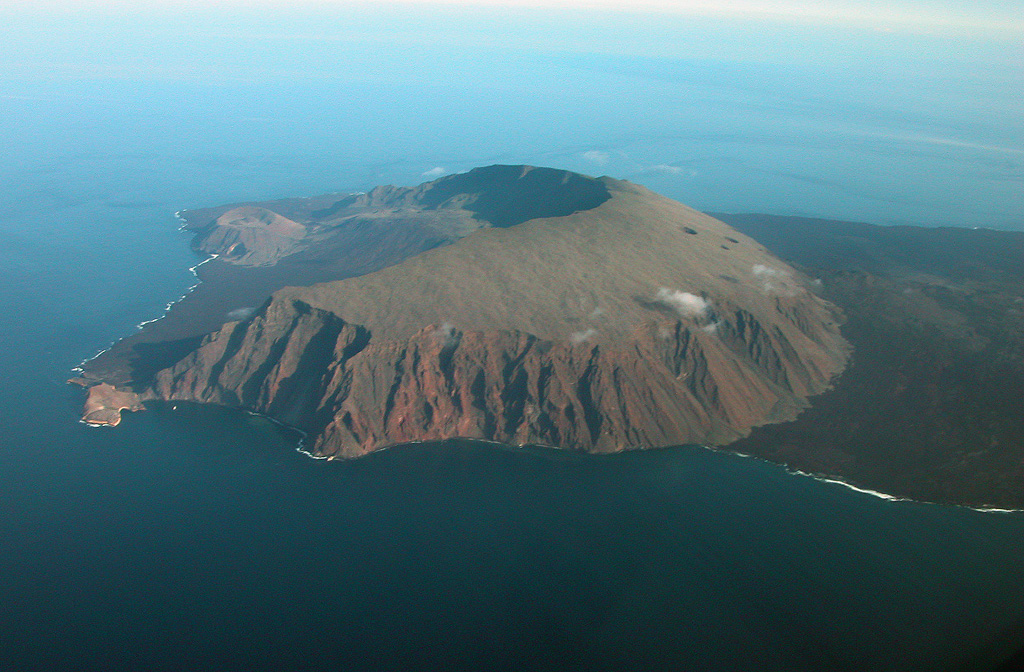 An aerial view of Volcán Ecuador from the south shows the large horseshoe-shaped caldera breached to the west that was formed when the volcano collapsed, producing a large submarine debris avalanche. The volcano straddles the equator at the NW end of Isabela Island. Two large pyroclastic cones were constructed along the coast, and smaller cones are found on the caldera floor. Extensive dark-colored lava flows (right) originate from a NE-trending line of fissures that extends from the outer eastern flanks of the main edifice. 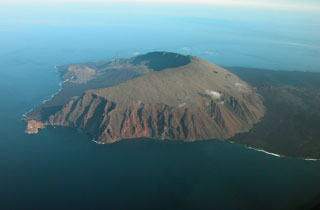