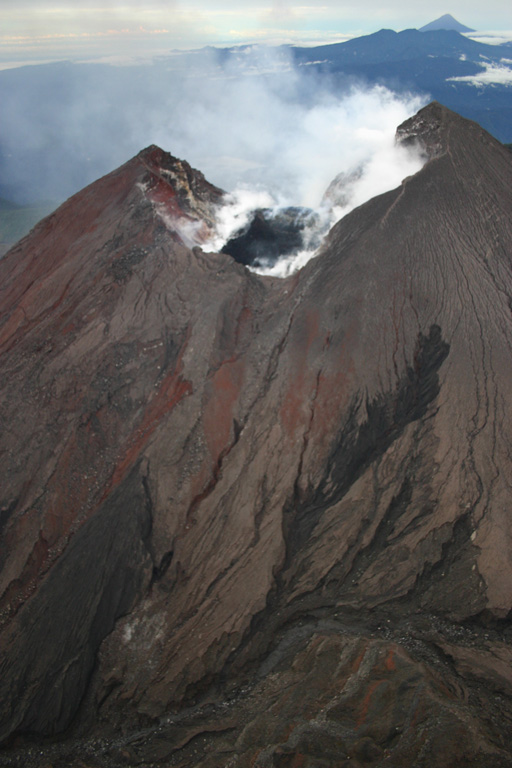 The steaming summit crater of Reventador volcano in northern Ecuador is seen in this aerial view from the north on April 21, 2005. The black area in the center of the crater is a new lava dome that began growing inside the crater during an eruption that had begun in November 2004. Lava flows from the crater periodically descended a notch in the far crater wall and flowed down the southern flank of the cone. Conical Sumaco volcano is seen in the background.