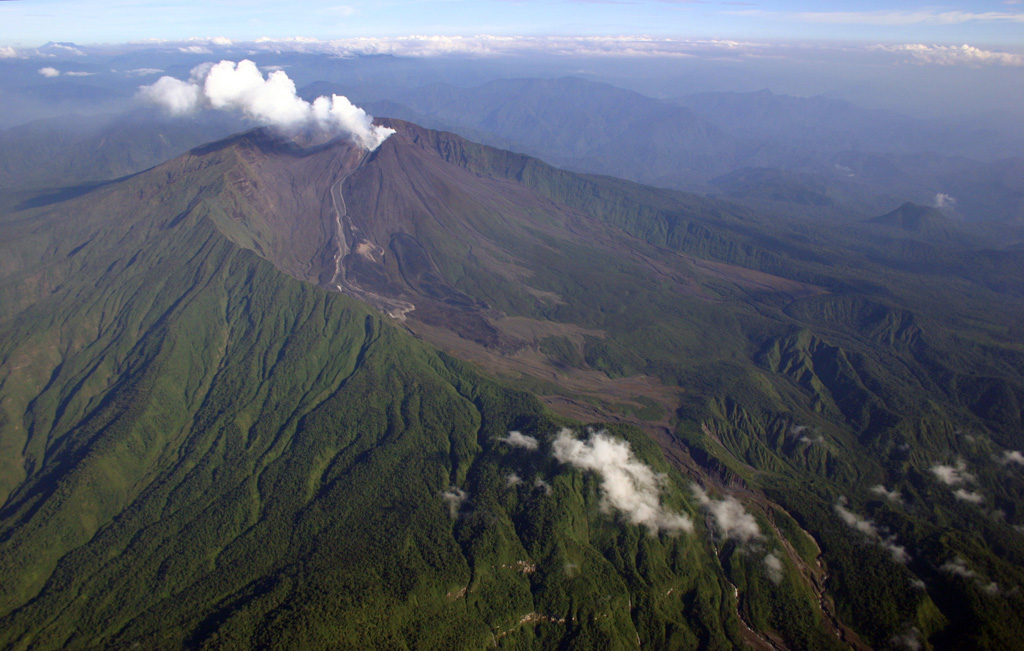 A steam-and-gas plume rises from the central cone of Reventador volcano in this March 11, 2005 aerial view from the SE. Several lava flows generated during eruptions in 2002 and 2004-2005 are visible on the south and SE flanks of the central cone. The 3562-m-high central cone was constructed within the large 4-km-wide horseshoe-shaped caldera breached to the east (lower right). The caldera was formed during a major collapse of the volcano, which produced a massive debris avalanche that swept into the Amazon basin.