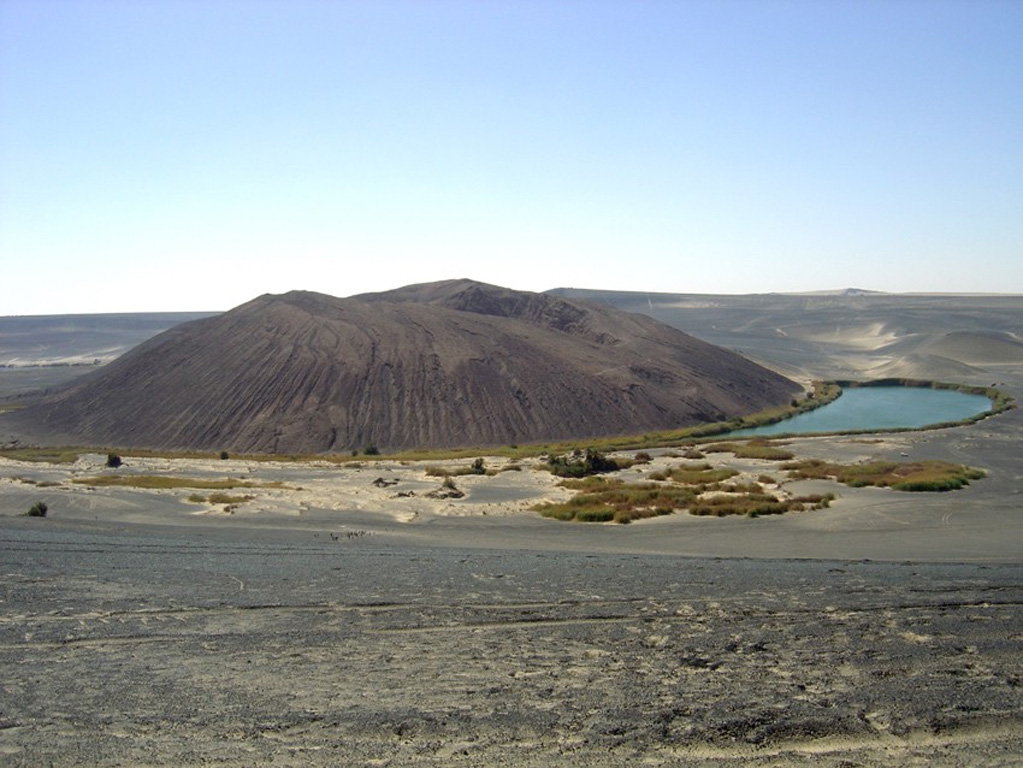 The central cone of the isolated Wau-en-Namus volcanic field lies within a 4-km-wide caldera in the Sahara desert of south-central Libya. Three small salt lakes, one of which is seen at the right margin of the cone in this view from the south, contribute to its name, which means "Oasis of Mosquitoes." The youthful appearance of the central cone has suggested it may be as young as a few thousand years, although the arid climate may mask its actual age. 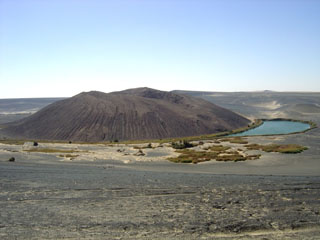