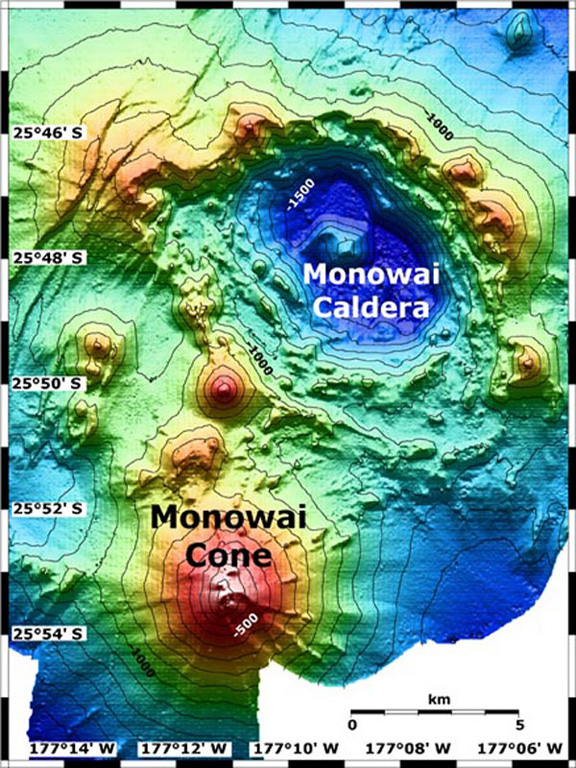 Map view shows Monowai submarine volcano at the lower left, with subsidiary cones on its N flank. A large submarine caldera lies to the NE at the top-right. The contour interval is 100 m and the resolution of the bathymetry data is 25 m. The proprietary bathymetry data were obtained by scientists of the New Zealand National Institute of Water and Atmospheric Research (NIWA) during a 2005 New Zealand-American NOAA Ocean Explorer research expedition to the Kermadec-Tonga Arc.