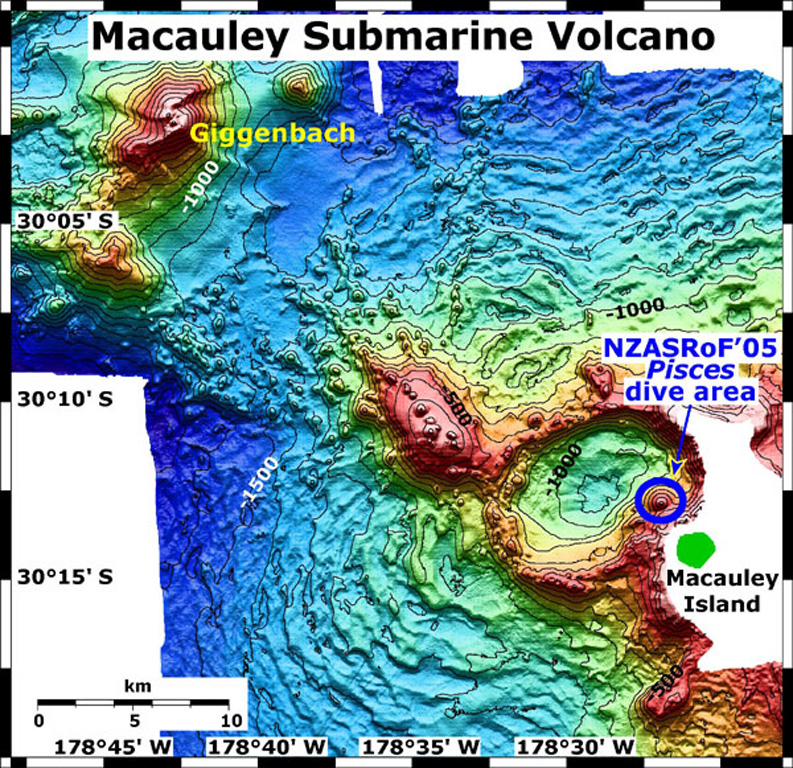 A bathymetric map view shows Macauley and Giggenbach submarine volcanoes in the Kermadec arc with a submersible dive site and Macauley Island labeled. Giggenbach is in the NW corner of the map, and the Pisces submersible dive area is on the eastern rim of Macauley caldera. The map contour interval is 100 m and the resolution of the bathymetry data is 25 m. The proprietary bathymetry data were obtained during a 2005 New Zealand-American NOAA Ocean Explorer research expedition to the Kermadec arc. 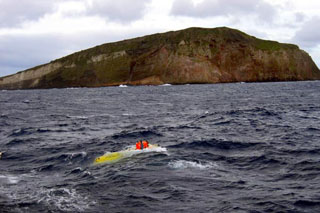