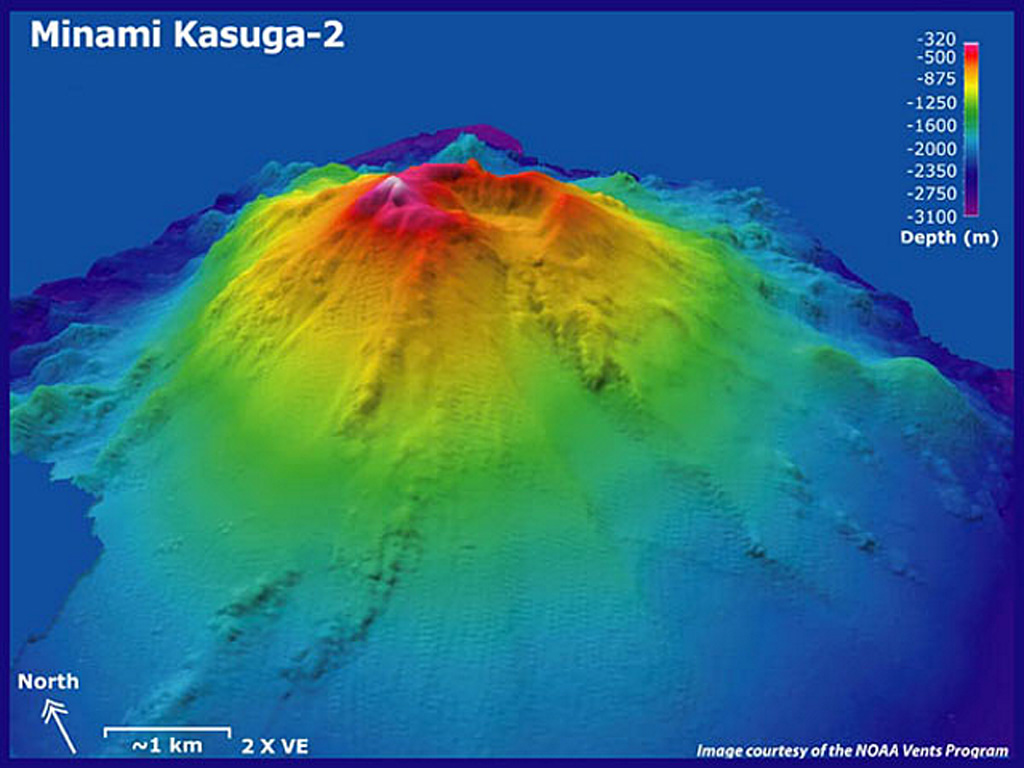 Minami Kasuga (South Kasuga) submarine volcano is seen in this bathymetric view, looking from the SW with two times vertical exaggeration. Bathymetic data are overlain on SeaBat data courtesy of Koichi Nakamura, National Institute of Advanced Science and Technology, Japan. It rises from about 3,000 m depth to within about 170 m of the sea surface. Two subsidiary cones are located low on the eastern flank. Active hydrothermal fields are located at the summit of Minami Kasuga and on the lower flanks. 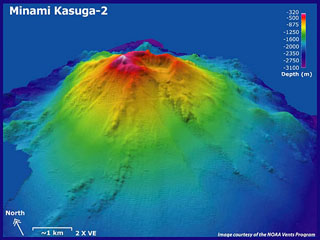