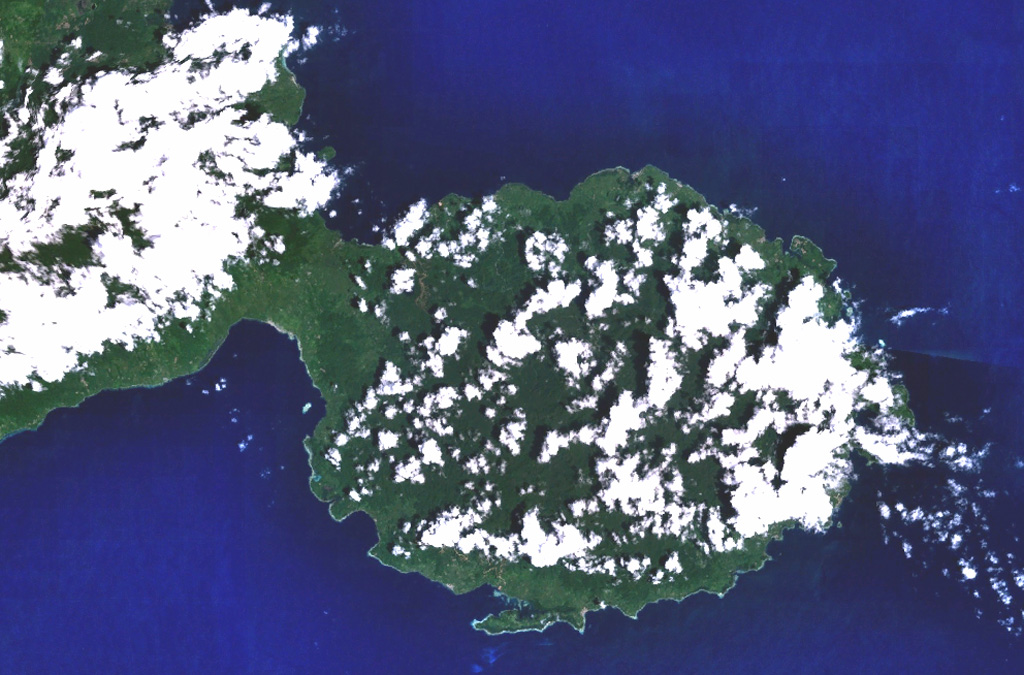 The peninsula in the center of this NASA Landsat image (with north to the top) forms the SE tip of Bacan Island, west of the southern tip of Halmahera. Bukit Bibinoi (Bibinoi Hill) is the largest and SE-most of a group of three andesitic Holocene stratovolcanoes located along a NW-SE line on the peninsula. The smaller Songsu and Lansa volcanoes straddle a narrow isthmus (left center) separating the peninsula from the Sibela Mountains metamorphic complex to the NW. 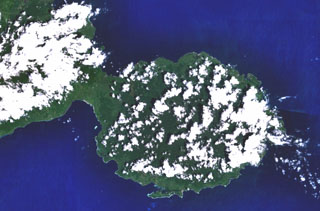